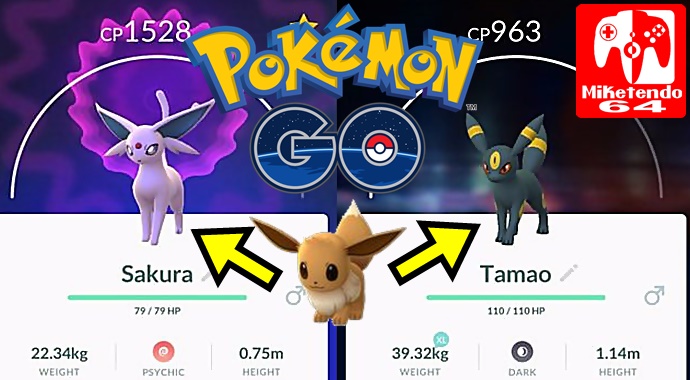 When the update started to roll out yesterday morning, the biggest Pokémon GO related question was “well where are the Gen 2 Pokémon then?” It was clearly a case of us jumping the gun.

Just because the update was out, it didn’t mean Gen 2 Pokémon were ready to run wild around the world just yet, as Niantic needed to “flip the switch,” but they did in the and now Gen 2 is all around us and already it has been discovered that evolving Eevee into Umbreon and Espeon is even easier than night and day. Not only has the naming trick made a return, but we also know what those names are, so if players are eager to evolve their Eevee into an Espeon, you will want to name your Eeevee Sakura. But if you want an Umbreon, then you will want to name it Tamoa.

But just in case you have been living under a rock the last few days or lost that much interest in Pokémon GO that you stopped paying attention to it, here are the details for the new update:

Pokémon GO is in the process of being updated to version 0.57.2 for Android and 1.27.2 for iOS devices. Below are some release notes and comments from our development team.