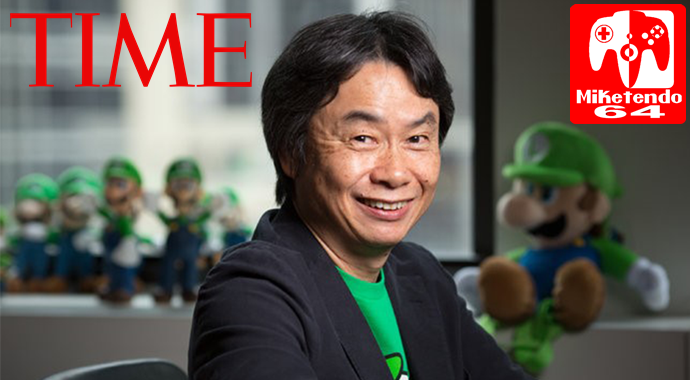 Creative Fellow and the world’s most prized game developer, Shigeru Miyamoto, recently had an interview with TIME Magazine to talk about the upcoming home/handheld console hybrid, the Nintendo Switch and revealed quite a number of things on the subject. We have taken a few highlights of the interview and put them below.

TIME: Is there anything in particular about Switch that reflects Satoru Iwata’s involvement? [Iwata was Nintendo’s president from 2002 to 2015, and passed away in July 2015.]

Miyamoto: I mentioned that Mr. Iwata, Mr. Takeda and myself provided feedback and made decisions, but ultimately Mr. Iwata was the head of development, so he put a lot of thought and time into Switch. I think that the idea of Nintendo Switch being a device you can take out and anywhere, and the idea of it being a system that really allows networking and communicating with people, I think that’s something Mr. Iwata put a lot of emphasis on.

TIME: You’re gambling on new haptic feedback features with Switch. What prompted the turn toward higher fidelity vibration as a cornerstone feature?

Miyamoto: First of all, I can’t say for certain that HD Rumble is going to create something completely original, but I can say that the sensation HD Rumble provides is completely new. When we first created the Rumble Pak [released in 1997 for the Nintendo 64], at that time we were trying to just think about cost and performance. What could we make that was cost-efficient to create a rumble sensation?

TIME: When we spoke in 2014, you said of virtual reality that you had “a little bit of uneasiness with whether or not that’s the best way for people to play.” Has your view on this changed since then?

Miyamoto: In terms of being together online in virtual reality, I think a lot of the problems have been solved or are starting to be solved. This is something that we’re looking into, too. But when I see people play virtual reality, it makes me worry, just as for example if a parent were to see their kid playing virtual reality, it would probably make them worry. Another issue and challenge that I think everybody faces is how to create an experience that’s both short enough while also fully fleshed out in virtual reality.

TIME: Is there anything in particular, when you think of the next 10 years, that you’d like to accomplish, in or out of gaming?

Miyamoto: As a company, we’ve carefully gotten ourselves involved in the mobile industry, and that’s something that I was personally involved in. Then with the Nintendo Switch, the idea of having a console that’s also a portable device, I think that opens up new doors to all kinds of possibilities. In the industry of fun, I think there’s still a lot we can still explore. I think what I want to accomplish is kind of laying down the standards for what those possibilities are going to be over the next 10 years.

If you would like to read the full interview, you can check it out on TIME Magazine’s Website via this link.