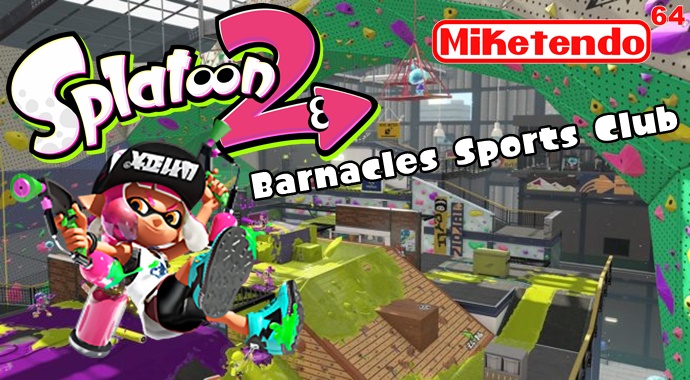 New screenshots of Splatoon 2 have been uploaded to the Japanese Twitter account for Splatoon and show off a new map which translates as “Barnacles Sports Club” from Japanese. The map was also briefly seen in the Splatoon 2 Trailer that aired during the Switch Presentation on Jan 12th (or Jan 13th for most of the world). Barnacles Sports club looks as the name implies and has climbing areas, a pool, fitness equipment, pretty much anything you can expect to have in a Sports Club/Gym. The spawning areas for each team seem to be at the highest points of the map with sloped going down to the central area.