The Truth about Snipperclips (An SFB Games Creation) 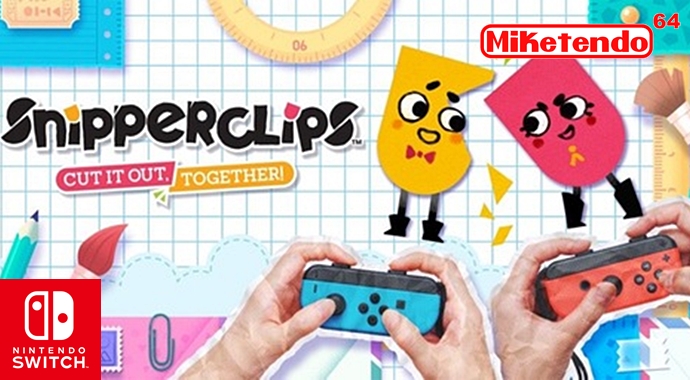 If you have not seen Snipperclips in action yet, or even heard of it, it is a new puzzle game title you can expect to see release on the Nintendo Switch in March. A game that will see you: “Work together with friends to cut paper characters into new shapes and solve puzzles.” However Snipperclips is more than just that.

Despite Nintendo being credited as both the Publisher and Developer of Snipperclips, Snipperclips is not a Nintendo original IP. In fact Snipperclips isn’t even its original name. Now I’m not saying that Nintendo stole Snipperclips, but they did take it on from SFB Games. The very same SFB Games that consists of Tom and Adam Vian, who back in 2015 took to the stage during the GDC European Innovative Games Showcase to talk about their game Friendshapes:

While it is not yet publically known when Nintendo decided they liked it,  wanted to take it on and change its name, what we do know is that the Vian brothers (SFB Games) are still very much so involved with the game and collaborating with Nintendo on it.

We would just like to take the time to do a big shout-out to Patrick Dane, as it was him who actually made the discovery as he had actually played Friendshapes back in 2015, during EGX. Great job Dane!