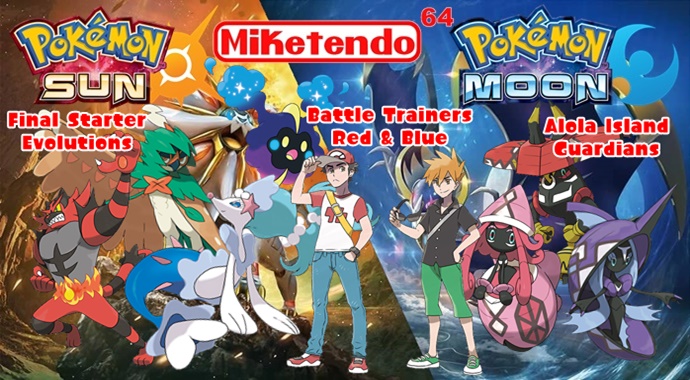 Well it may not be the Pokémon Bank update we’re all waiting for as it is to take place this month, but it is an update nonetheless.

The update requires 296 blocks for your game of choice, or 592 if you own both titles, as you will need to get the Moon update for  Moon and the Sun update for Sun and takes care of a number of glitches. Also for anyone who is into the whole online experience and competitive battling side of Pokémon, then the update/updates are mandatory

According to Serebii, the update fixes the using Z-Parting Shot and Z-Memento in Battle Spot glitch we previously heard about, as well as the glitch with regards to the winner of a battle, if “Rocky Helmet knocks the opponent out when you’re knocked out.” It also is reported as fixing the glitch that caused Pokémon who had just evolved, learn a specific move, like Kadabra and Confusion.

The update is out now, won’t cost you anything and in case you have a bit of difficulty locating it in the eShop, then the QR codes below should be able to help you out:

Since nothing has been said about a Pokémon Bank update delay as of yet, the update is on track to happen this month, but with the Nintendo Switch presentation just around the corner, we might not hear anything about the big update until next week at the earliest.

Till next time trainers.