Skip to content
An Ode to Wii U Wii U

An Ode to Wii U From FDG Entertainment 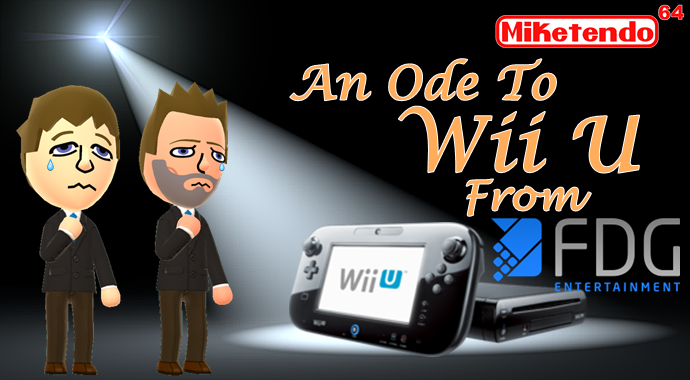 Welcome to the first 2017 instalment of An Ode to Wii U, our interview series, which sees us talking to indie developers to see what they thought of the Wii U.

If you have been paying attention to the series so far, than you’ll know that yesterday we posted an End of the Year piece that contained all the responses we got from the four devs we were able to speak to in a single article. Well although I did hope the series is something I could continue during the first few months of this year, I didn’t expect to be able to continue it so soon after the End of the Year piece. So today answering our three questions we have Philipp Döschl from FDG Entertainment:

The Wii U: “A great idea, but not well Executed:”

Philipp Döschl: “I’d call it a great idea, but not well executed. I’m a big fan of 2nd screen experiences, companion apps, etc, so this could have been the perfect system for me. Besides this, it had many design flaws, starting with its name. If Nintendo would have been a bit more focused on gamer’s interest, and not only on casuals and pure consumers (which they already milked once with Wii), they could have achieved a lot more. I like Wii U a lot and still have a couple of games to play (such as Wonderful 101 and the Bayonetta games).”

“Mario Kart 8 is Easily the Best entry in the Series:”

Philipp Döschl: “Mario Kart is the first that pops in my mind. Easily the best entry in the series since the N64 version for many reasons. Only thing I’ve been missing were the battle arenas. Also, as much as I didn’t like it when it as announced, I surprisingly enjoyed playing Hyrule Warriors. It had a lot of ideas and approaches I surprisingly liked. And then there Captain Toad, which was simply awesome. Period.”

Philipp Döschl: “Wii U lacked some important standard features such as a Blu-ray player. The performance wasn’t on par with the rest of its generation’s competitors from Sony and Microsoft which was one of the reasons for developers, middleware devs, publishers and also customers being hesitant on the system. 3DS and Wii U where two totally different systems. That’s why I think it’s the smartest move Nintendo could do to combine mobile and stationary gaming with Switch. I’m really looking forward to this one.”

As always, we’d like to take this moment to publically give our thanks, this time to Philipp, who during our interaction did have one other thing to say and that is this:

“Unfortunately we didn’t have the chance to develop a game for Wii U, though it would have been nice to work on a Wii U game.”

At the time of writing and posting this, I have no idea when the next issue will be interview will be posted, but we will now be attempting to at least get one or two more issues out before the Nintendo Switch releases in March, so be sure to Like & follow us on Facebook, or Follow us on Twitter to make sure you get to see the next instalment as soon as it is posted. Or you can just click on this link right here and check out anyone of our previous instalments:

Still why should all the game devs have all the fun? If you have something you want to say regarding the Wii U, no matter how long or short it is, why not comment it in the comments section below? Or even send us an email to miketendo64@gmail.com. Should we get enough responses, or even just lengthy responses, we’ll post it as an article. So what are you waiting for? Make your mark on the Miketendo64.com today with your own Wii U stories and thoughts!