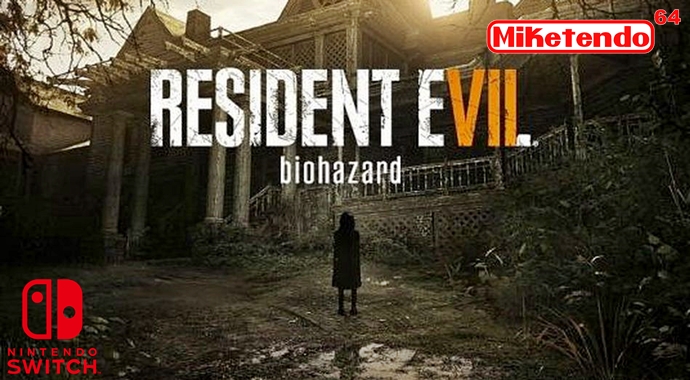 What’s that? There’s a rumour stating Capcom are bringing Resident Evil 7: Biohazard to the Nintendo Switch as a Virtual Reality title? Oh go on then, I suppose I can cover that.

Once again, the latest Nintendo Switch comes straight from OBE1plays, who has leaked a whole ton of Switch news this last week and when we covered his last reveal, (the Nintendo Switch doubling up as a VR console), we wrote he would elaborate one particular VR title that is being developed, in the next video he posted. Well that video (NINTENDO SWITCH EXCLUSIVE LEAK!!!!! NINTENDO SWITCHMAS DAY 3!!!!!!) has been posted and we’ll be sharing it here in this article for you to see it, but in case you don’t have the time to watch it, once again, you can find our summarised contents below:

Once again we just want to take this moment and point out that until Nintendo officially comment on any of this, take it with a pinch of salt as it is just speculation and rumours. However OBE1plays still has more Nintendo Switch news in store for us. News that will posted in his Nintendo Switchmas Day 4 video, which will be coming to YouTube on Monday the 2nd of January 2017. If you haven’t subscribed to his channel yet, you might want to now. (Link to his channel can found below):

And just in case you don’t, whatever news does come from the next video, you can expect to find it here as well!