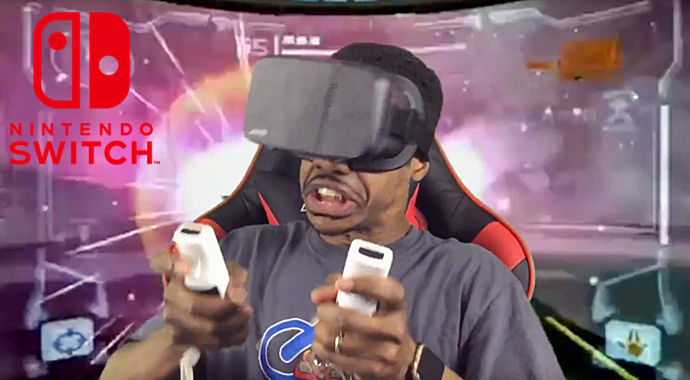 Despite everything he has given so far, it seems OBE1plays has even more Nintendo Switch news and rumours to chew on and since no one else has really covered what was said, I guess it falls down to us to do it.

In a new video entitled: NINTENDO SWITCH EXCLUSIVE LEAK!!!!! NINTENDO SWITCHMAS DAY 2!!!!!!, OBE1plays reports on patents regarding Virtual Reality for the Nintendo Switch and shares some news that comes from a “credible source.” So what exactly got said? Well we’ve summarised the contents below for you to read over, or you can just watch the actual video, the choice is use. (If you opt for the video, make sure you have five minutes to spare):

However until Nintendo officially comment on any of this, it is all just rumours and speculation, but if you didn’t watch the video, there is one other thing that needs to be mentioned. Although OBE1plays never elaborated on any of the VR titles that are being devolved for the Nintendo Switch, he did say he was going to talk about one particular title in Nintendo Switchmas Day 3, a video which is to be posted some time very soon, so if you haven’t subscribed to his channel yet, you might want to now. (Link to his channel can found below:)

And just in case you don’t, whatever news does come from the next video, you can expect to find it here as well!