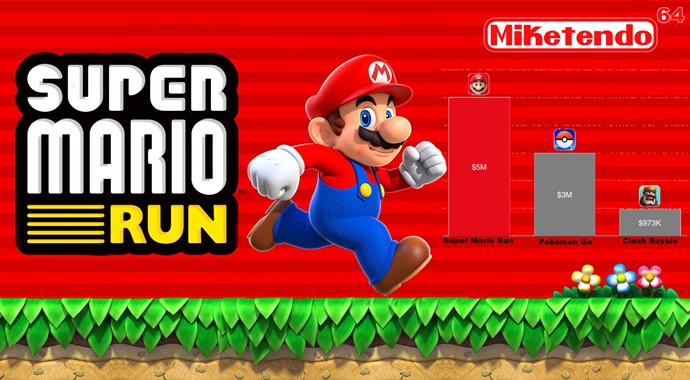 3 Days and Over 37 Million Downloads for Super Mario Run

*UPDATE (19/12/16): Sensor Tower’s recent findings reveal a different set of numbers compared to App Annie’s. According to Sensor Tower, Super Mario Run has only been downloaded over 25 million times in 4 days, but has made a total of $21 dollars in revenue. Fun fact about the 25 million downloads thing though, it took Pokémon GO 11 days to hit 25 million downloads. Super Mario Run done it in four. Granted the new Mario game released simultaneously in multiple countries all at once, compared to Pokémon GO’s gradual release, it’s still an impressive feat nonetheless.

Within the first 24 hours, Super Mario Run was reported as having reach 5 million downloads and now a new report by App Annie tells a different story.

Interestingly enough though, despite the reports that Super Mario Run achieved 5 million downloads in a single day, App Annie actually previously reported the number of downloads was over 10 million and that it had generated $4 million in revenue.