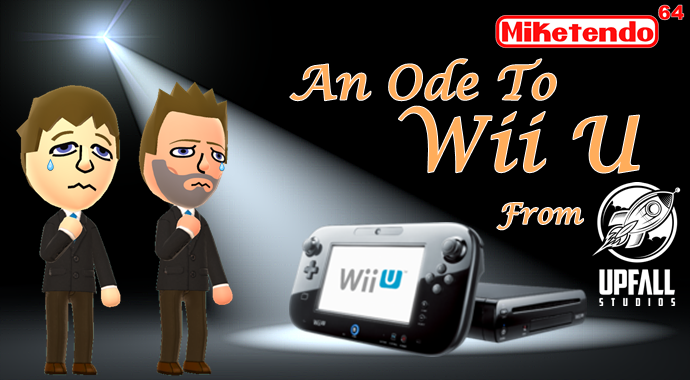 An Ode to Wii U From Upfall Studios (Interview)

Welcome to the second instalment of An Ode to Wii U, our newest interview series, which sees us talking to indie developers to see what they thought of the Wii U. Answering our questions in this particular piece is David Amador of Upfall Studios, the one man development team that brought Quest of Dungeons to Wii U and 3DS:

Buying a Wii U? I have No Regrets:

David Amador: “As a gamer/consumer I got a Wii U in the first week it was released, I had skipped the entire Wii generation so I was very excited for this one. I really love the games I got, had a great time, and I have no regrets in getting it, some of the best games I played this gen was there. But I feel like there were very little games that really used the console to its potential, games like Zombie U were the ones that used it better, without feeling too forced. As a developer it wasn’t until very recently that I was able to get access and actually make games, so I released a game after Switch was announced, so I caught the console at the end of its life. Wish I was able to get on it sooner.”

“From a technical standpoint it was no different from other consoles:”

David Amador: “From a technical standpoint it was no different from other consoles, but because of its unique features there were extra challenges, mostly in trying to use them the best way possible for the game. I was lucky enough to been playing Wii U for a long time so I simply implemented those features the way I like to use them on other games, so I think it worked out ok.”

“The most fun I had was probably with either Mario Kart 8 or Splatoon:”

David Amador: “For some reason it always comes to mind that I played Mass Effect 3 entirely on the GamePad and not on the TV. I had a great time with that one. The most fun I had was probably with either Mario Kart 8 or Splatoon.”

“3DS has an amazing catalogue of games, but so does Wii U, only smaller:”

David Amador: “3DS has an amazing catalogue of games, but so does Wii U, only smaller. Comparing with its competition the thing I always felt was inferior was the interface/OS of the Wii U, they never really optimized it to the point where it felt easy and fast to use, I hope they revise that for the Nintendo Switch, integration with friends, and all their services needs to feel responsive, fast and easy. Miiverse was and still is a great feature that makes a positive difference.”

We’d like to take this moment to publically thank David, for taking the time to answer our four questions and should you like to hear more from him, why not check out our previous interview with him, by clicking on the link below:

For more An Ode to Wii U goodness, make sure you stay tuned to Miketendo64 in the coming days and weeks as we do have more content just like this, on its way. But in case you forget, why not Like & follow us on Facebook, or Follow us on Twitter to make sure you get to see the next instalments as soon as they’re posted. They are too good to miss after all!