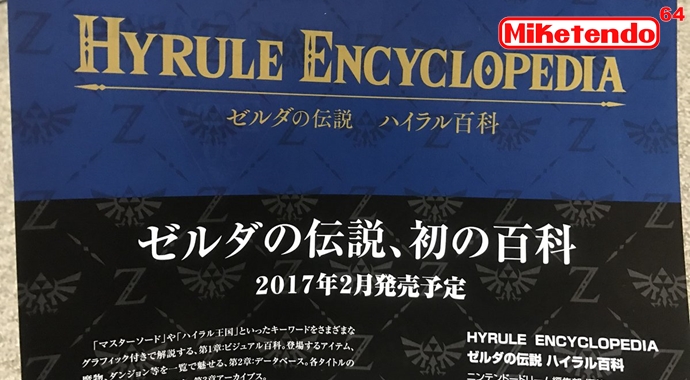 While the rest of the world is still waiting for the release of Art & Artifacts, the English version of Hyrule Graphics, which is already released in Japan, details regarding Volume 2 has come to light.

The second book in the series is entitled Hyrule Encyclopedia and whereas the first Volume (Hyrule Graphics), is more of a visual encylopedia that shows off the various art styles The Legend of Zelda has seen the last thirty years and personal notes from the artists behind the series, Volume 2 lives up to its “Encyclopedia” name. It is reported that Chapter 1 acts as a visual journey. Chapter 2 however, is more of a database, which details items, enemies, dungeons and so much more. Another chapter in the book is said to “contain archives,” that will “give explanatory notes and storylines of each game.”

Hyrule Encyclopedia is to release in Japan, sometime in February, (the very same month that Art & Artifacts is slated to release in), and a western release of the work is expected sometime later on in the year (sometime in June or July, if we’re lucky).