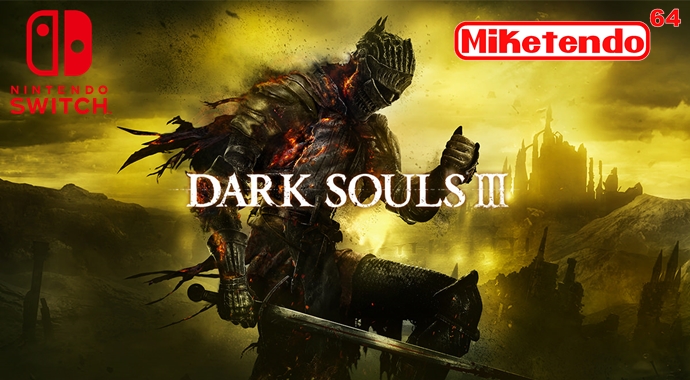 In one of three new Nintendo related reports videogame journalist, Laura Kate Dale has posted today over on Let’s Play Video Games, she broke the news that FromSoftware have had a small team working on a port of Dark Souls III for the Nintendo Switch. A port which a small team have been working on for several month and are credited as saying they have reached a “level of performance they are happy with.”

There is no commitment by FromSoftware to releasing the Nintendo Switch version of the title, but there are internal discussions going on within the company regarding ‘the financial viability of re releasing the main three Dark Souls titles on the Switch with their DLC bundled in.’

*While all of the information above comes straight from Dale’s sources, thus cause for it to enter rumour territory, the majority of Dale’s reports have been proven true and the ones that haven’t been proven true, so yeah, if Dale said it, it’s as good as true.