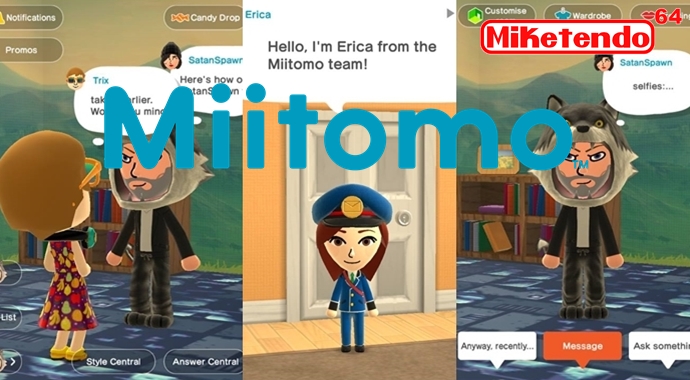 Miitomo has now become that app a lot of us wanted it to be and because there is no rest for the wicked, another new update is on its way!

An update which will make a small number of changes that includes enabling Sidekick Miis to answer questions. A Sidekick Central is being added and is described as being a place where you can share your Sidekick Mii’s answers. Additionally, Emojis in your Miis answers will now trigger sound effects and as always, there’s going to be some performance improvements as well.

No date has been specified for when the update comes into effect, as Nintendo are noted as saying “wait just a little longer for this update.” But as with every other time they’ve said that, warning us of a forthcoming update, the update has come out within a week of the notification, so we could be getting the Sidekick update sooner than we think.