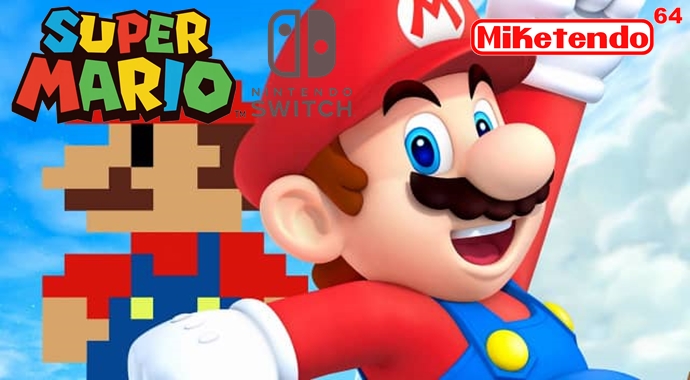 While we’re all getting busy getting hyped over Super Mario Switch, it seems there are plenty of other Mario games to get excited about.

Charles Martinet is the well-known of Mario and Luigi, and Wario and plenty of others and according to his imdb page, his acting credits include games such as an untitled and unannounced Mario Golf game for the Wii U. The announced Mario Sports Superstars which is also slated for a 2017 release, but the credits also include Super Mario Sunshine HD, Super Mario Maker Deluxe and Super Mario Galaxy 3 and all I can do is sit here and smile!

For a long time many of us have been hoping we would get a HD remaster of Super Mario Sunshine and apparently we will, in 2017 and there will be no sign of Luigi as Martinet is only credited as voicing Mario. As for Super Mario Galaxy 3, a very long awaited sequel, Martinet is credited as lending his voice to both Mario and Luigi and that the game is in the post-production stage. Emily Rogers did recently say on Twitter that the new Mario 3D game is further along in development than Breath of the Wild is, so maybe Galaxy 3 is Super Mario Switch, it would certainly make a lot of sense.

But it also seems the Super Mario Maker port for the Nintendo Switch is something Nintendo can pull off (Nintendo previously reported doubts on whether or not they will can make it happen), and that this port will be the supreme edition as not only does in include Deluxe in the title, which not only hints at additional content and new possible backgrounds for us to use for new levels, but Martinet is actually credited as voice Paper Jam Mario & Luigi, so does this mean we can expect to see a Paper Jam background as well? I certainly hope so.

If all four titles do release next year, with the likes of Sunshine HD, or even Galaxy 3 appearing on both Wii U and Nintendo Switch, then 2017 has just got a hell of a lot more interesting wouldn’t you say?