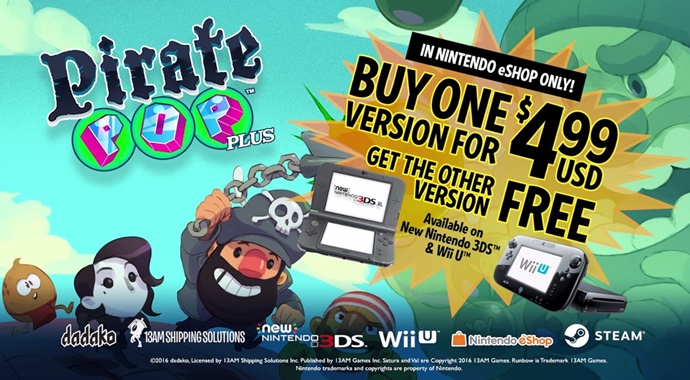 Well I said 13AM Games would be making an announcement this week, one that would contain a release date for Pirate Pop Plus and that update has come.

On the 20th of October, Pirate Pop Plus, the 8-bit action game with the Game Boy-era graphics, will release on Wii U and New 3DS. (Comes to Steam on the 4th of November.) What´s more is it will support cross-buy, so no matter what format you purchase it for, the $4.99 price tag will see you walk away with both the Wii U and 3DS version of the game. Even better we also have a launch trailer to go with the game, which you can see below and if you take a look at our feature image, who’s that? Why it´s Runbow’s Satura because yes she is making an appearance as another playable character.

If this game didn’t excite you before, it should now!