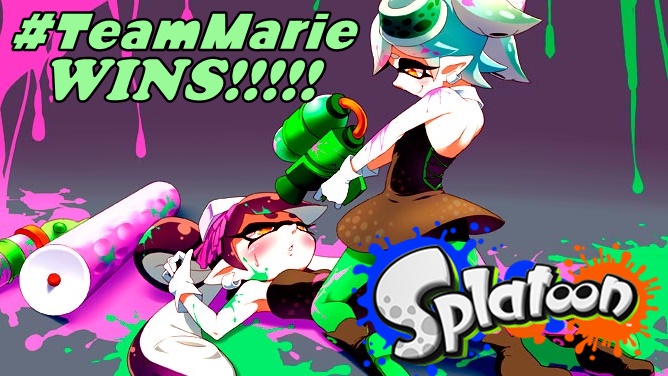 Well guys and girls, the results are in for the Final Splatfest which pitted Callie against Marie as they were the final Splatfest theme. It has been a long weekend of non-stop battling of inklings all over the globe and it has at last, come to a close. The winning team was no other than Team Marie, which comes to no surprise as it was the team I chose too 😉 Not only did it win in battles as it also won in popularity as well.It seems a lot more people prefer the shy and polite Marie over the extroverted Callie and let’s face it, if poor Marie was going to win any Splatfest, this was surely the most deserving as she has been given some pretty shoddy options. It is still a slight shock that Splatoon will no longer have any more Splatfests which is a shame as I have missed out on a lot however, the online mode will continue so there is still that little ray of Sunshine.

So are you thrilled that team Marie was victorious? Are you devastated that Team Callie didn’t make the grade? Let us know in the comments section below.