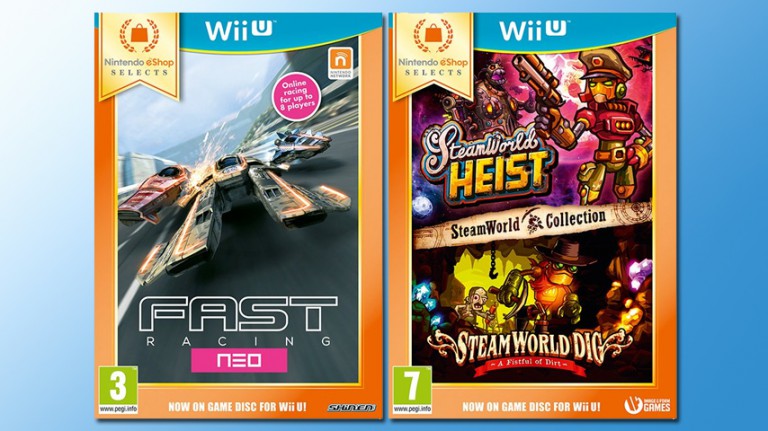 *UPDATE (01/08/16): FAST Racing NEO is now available for pre-order on amazon.de and states the game will release on the 30th of September release (as previously stated) and will cost €29.99 euros. We are still waiting for prices for the Euro and NA version of SteamWorld Collection to come in.

If you love FAST Racing NEO, downloaded it via the eShop when it first come out and happen to live in Europe, it might delight you to know that Fast Racing Neo will be getting a retail edition that will be releasing later on the year.

As well as NEO being part of the Nintendo eShop Selects range, it will be getting some all new dlc, which launches on the 30th of September as the “Future Pack” will includes 8 new racing tracks, 10 new vehicle profiles and 18 new audio tracks. However NEO is not the only Nintendo eShop Selects title we can expect to see this year as Image & Form’s very own SteamWorld Heist and SteamWorld Dig will also be getting a retail version, which will see both games released as the SteamWorld Collection. Unlike FAST Racing NEO though, although they share the September 30th release date, as of this moment NEO has only been confirmed for a European release whereas SteamWorld Collection will also be headed to the Americas as well thanks to Rising Star Games.

Just in case it wasn’t clear, SteamWorld Collection will come with the add-on content The Outsider for SteamWorld Heist, but as of this moment, no price tags have been associated for either Nintendo eShop Selects, but we shouldn’t have to wait too long to find out and since Nintendo are going down this route, are there any digital only titles you feel you would like to see be given the same treatment? Let us know!


Categorised in: Announcement, eShop, Wii U