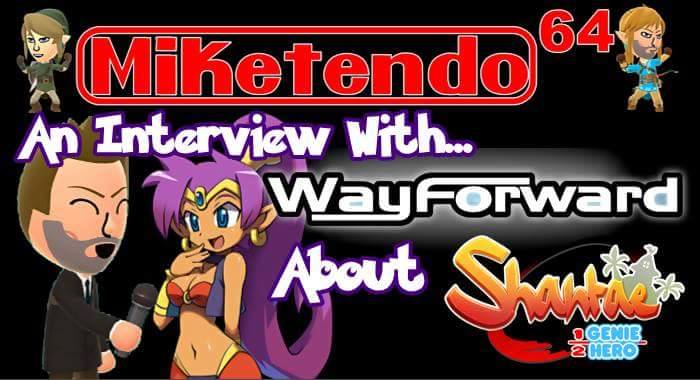 An Interview With… WayForward (Shantae, Matt Bozon & Me)

A couple of months back, I got the chance to play Shantae and the Pirate’s Curse and I really enjoyed it. There was humour, there was a decent enough story and it had a protagonist that stuck out in a good way. Naturally I looked into the series and didn’t just play the previous games in the series, but got a little obsessed with the series if I am honest.

The purple haired half-genie has been whipping enemies into shape since 2002 and when her latest adventure rolls out later this year, she’ll be bashing on those enemies again in graphics never seen before in a Shantae game. Now like I said, I got a little addicted with the series, so you can imagine how pleased I am over the fact I recently got the chance to ask Matt Bozon, a couple of questions regarding the protagonist, the series and the upcoming game and just in case you need a quick reminder who Matt Bozon is, well along with his wife Erin Bozon, he created Shantae, has designed and directed over 50 games and served as a writer for DuckTales: Remastered. For more on works by him, make sure you click here, but first here’s how our interview went down: 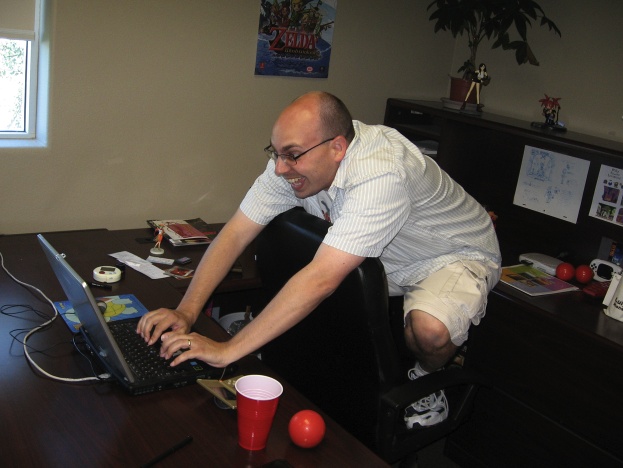 Matt Bozon: “It’s a new angle. This time out we’re seeing how Shantae deals with day-to-day heroics when multiple bad guys come to call. And because of how the DLC folds into the storyline, we’ll get to see the adventure from the perspective of Sky, Bolo, Rottytops, and even Risky Boots.”

Miketendo64: “From Risky Boots as well? That certainly is an interesting change and one to keep an eye out for.”

Miketendo64: “It’s been “said” that Shantae: Half-Genie Hero is to be the first of a new trilogy of Shantae games. Is there a script and general ideas for the next game, or have you not reached that stage yet?”

Matt Bozon: “Half-Genie Hero is sort of a reset, but there’s currently no 3 story arc in mind. The DLC for Half-Genie Hero builds in so much additional narrative that there’s plenty of story waiting to be told. Plot lines for future Shantae games do exist, but most of them are stand-alone ideas.”

Miketendo64: “In the next game, we will also get to play as Risky Boots, how did that decision come about in the first place and how does playing as the Pirate compare to playing as the half-genie hero?”

Matt Bozon: “Risky Boots plays very similarly to how Shantae plays in Pirate’s Curse. Fans who loved the feel of Curse will love playing as Risky!”

Miketendo64: “Well since Pirate’s Curse is where my Shantae adventure began and I enjoyed the gameplay mechanics it featured, such as how each Pirate item worked, it is certainly music to my ears.”

Miketendo64: “Will Shantae’s family history, i.e. more about her mum, ever make it back into the Shantae series? Or is that a part of the story that is finally put to bed?”

Matt Bozon: “This game touches on that a little bit… stay tuned!”

Miketendo64: “It has been confirmed Shantae: Half-Genie Hero is to be released in physical form, thanks to Xseed. How does it feel for you, the company behind the game to see Shantae return to such glory, since the last NA physical game was the first instalment of the series?”

Matt Bozon: “When we heard that Xseed was interested, it was a really exciting moment for the whole team. Xseed is a “Marvellous” match for Shantae (pun intended!) – just as Capcom was in years past. A strong publisher with an enthusiastic fan base makes all the difference, and Xseed has great fans!”

Miketendo64: “Jake Kaufman did some wonderful music for Pirate’s Curse.  Have you got a favourite composition from the previous titles and the new one?”

Matt Bozon: “I always loved the traveling music (both day and night songs) from the original game. My favourite song in recent years has got to be the Rottytops run song, which has become ridiculously popular due to a certain body wash commercial on YouTube – It’s so over the top and amazing. In Half-Genie Hero, I really like what Jake and Cristina Vee did with Dance Through the Danger. Just fantastic!”

Miketendo64: “Dance Through the Danger? I’ll definitely by keeping an ear out for that one.”

Matt Bozon: “Well… would it be cheating to say that Risky Boots is the best boss in the series? If not, I’ll say the Giga Mermaid is pretty impressive this time around. For an all-time favourite, maybe the Tinkertank from the original game is the most ambitious, or maybe the S.P.O.T. battle from Risky’s Revenge. Both were huge technical challenges. Pirate Master and Nega Shantae are probably the most intense battles in the series – at least so far! And yeah, both Squid Baron battles were pretty great, too!”

Miketendo64: “Cheating? Nah I wouldn’t say that. As for the Giga Mermaid, she certainly looks impressive from the footage we got to see at E3 this year.”

Miketendo64: “What would you say is your Favourite moment from the Shantae series?”

Matt Bozon: “I really like when we pull off a good “aha!” moment. I love the part in the original game where the player walks up to a stone puzzle object thinking they’re about to input the answer – but instead they accidentally smash the puzzle into pieces. Ultimately they “outsmart” the situation by finding an alternate solution, and there’s a huge sense of accomplishment and feeling very smart.  It’s also fun to get players to laugh in spite of themselves, like with the Drool Pool in Pirate’s Curse or the demise of poor Wobble Bell in Risky’s Revenge. Setting up a gag or a sort of magic trick to amuse the player… those are my favourite moments as a game developer.”

Miketendo64:  “What is your favourite Shantae character trait and why?”

Matt Bozon: “I love that she has a full emotional range. She’s naïve and hot-headed, innocent and tom-boyish, insecure but ready to stand against evil… and I like that she’s able to make mistakes and move on. And she cares about people. This probably doesn’t make her sound all that heroic, but I think those traits make her stand out in such a wide world of video game characters.”

Miketendo64: “Shantae is an iconic series in its own right, and a feather in the WayForward cap. As a co-creator to the character and someone who worked on the original game 2002 title that released on the Game Boy Color, did you ever imagine that Shantae would still have a place in modern day gaming, over a decade later?”

Matt Bozon: “I’d really hoped that she’d make it big! But honestly I figured that if her first game was successful, I’d just keep creating original game characters one after the next. I didn’t think we’d be on game number 4 all these years later! So many people have contributed their talents over the years and I know we’re all very proud of the impact Shantae has made!”

“The Sassy Shantae” A Comic-book Saga:

Miketendo64: “If you had the opportunity to do something else Shantae related, say a book/artbook, or even a movie, what would it be?”

Matt Bozon: “I would love to do a Shantae comic or TV show some day!”

Miketendo64: “That would certainly be something to see/read. Certainly something you could test out on the WayForward website to see if there is interest.”

Miketendo64: “If you were to do a spin-off game, with one of the Shantae characters taking the lead, other than Risky Boots, which iconic character would you choose?”

Matt Bozon: “I have designed a few spin off games featuring Risky Boots. Being a pirate captain she fits well into anti-hero situations involving puzzles or world conquest/tactical gameplay – stuff like that. But it would be fun to work with Rottytops and her brothers a bit more. Maybe we’ll get a chance to make a game featuring those characters some day!“

Miketendo64: “That would be interesting without a doubt. There would be plenty the siblings could get up to.”

The Origin of the WayForward Name:

Miketendo64: “For my own curiosity, where does the WayForward name come from? Is it a reference to Dirk Gently’s Holistic Detective Agency by author Douglas Adams?”

Matt Bozon: “It is. Voldi Way, our tyrannical overlord, loved the books and the rest is history.” 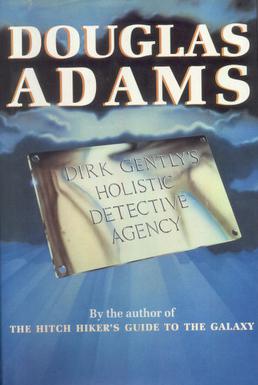 This may have been all we were able to get out of Mr. Bozon at this time, but with Shantae: Half-Genie Hero set for release on September the 27th there is still plenty of time to learn more about the game in the coming months and we really can’t wait to get our hands on the game. (Fingers crossed a European retail version will happen!) But if it doesn’t, at least it’s still available to play on the Wii U via a digital download from the eShop.

Before we go any further, we just want to thank Mr. Bozon for being a good sport in giving us what he could and thank Emily Tidd of WayForward for all her assistance with regards to this interview. We wish WayForward Technologies the best of luck with the upcoming release and look forwards to seeing what comes next and now with a message for the fans, here’s Mr. Bozon with the final say:

“Thank you for your ongoing support! We couldn’t do it without fans like you!”