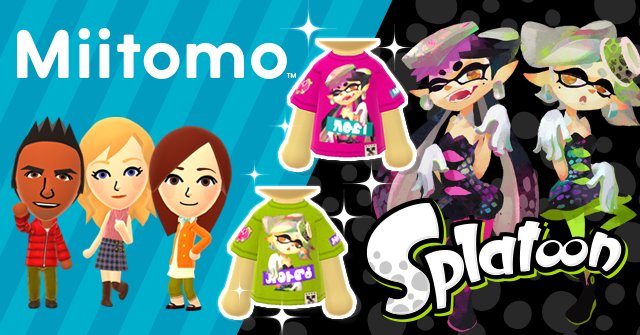 The Zelda: Breath of the Wild crossover is still ongoing, due to end on the 14th and already Splatoon’s Miitomo Second Coming is underway as Splatoon related clothing items have already popped up in the shop, and the old Splatoon Stages have already returned to Miitomo Drop! Still it’s not only old stuff because some of the clothing items in the shop, they’re only a Caliie t-shirt and a Marie t-shirt in honour of the upcoming final Splatfest set to kick off on the 22nd of this month!

For the full details on what you can expect from the crossover, scroll down for our huge image of the notification sent out on the Miitomo app, or click here to see it all on the official site.

Still it’s not all Splatoon centred today, because as well as the start of the second coming of Splatoon, Miitomo also recently undergone another update for Android devices. Version 1.3.1 is out now. There has currently been no mention of an update for iOS devices though.