Skip to content
3DS DLC The Legend Of Zelda Wii U

Hands On with Marin & Getting Linkle into Her Boots 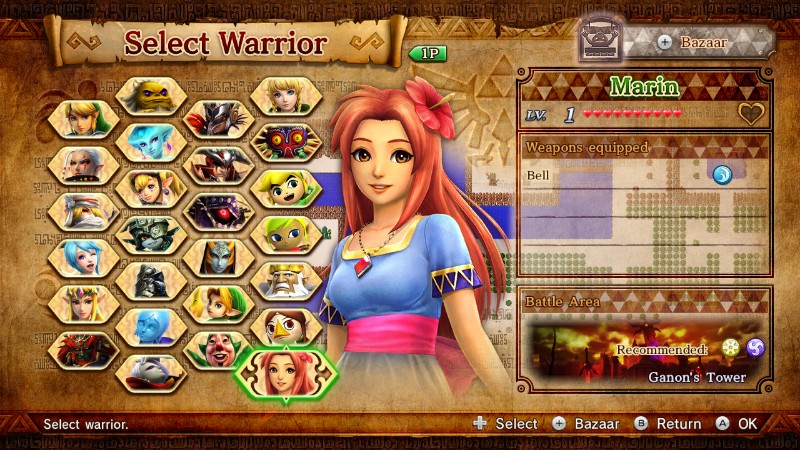 Rejoice good friends, rejoice! New dlc has finally made its way to Hyrule Warriors and Hyrule Warriors Legends, and sure the 3DS version does come with a free Fairy, a new map and all the rest, but the Wii U is not missed out.

Today sole owners of the Wii U game can go to the eShop and purchase a Season Pass to unlock all future characters and additional weapons, when they become available. A Season Pass that will allow you to get Marin and a new pair of boots for Linkle, which she can use to kick her enemies in the face and everywhere else. Also available for purchase is of course the Legends Character Pack, meaning those months you had to spend without Linkle, Toon Link, Tetra, King Daphnes and Skull Kid, you can finally make up for it by getting them today!

Me however, I brought the Season Pass for both games, so all I had to do was update the Wii to version 1.10 and the 3DS version to 1.40, install the content and away I went. Now in order to properly enjoy Marin, instead of confining myself to playing just the one version, I played both and as far as Marin goes, she is better on the Wii U hands down.

The moves may be the same and yes the 3DS version with regards to graphics is a bit of a step-down, but you could argue her 3DS version is a lot closer to her original sprite form in that Zelda classic, Link’s Awakening, but to truly see and appreciate what she can do, you have to play her on the Wii U. She may be credited as a songstress, but she is a ballerina that is ruthless in battle and packs a punch. It is something of a shame that the Wii U version didn’t get a new map as it would give me more reason to play as her, but that’s where having the 3DS version comes in handy, it means Marin and I will be able to spend some time together after all and plenty of it. (That sounded nowhere near pervy in my head, but it’s too late now, I’ve written it and I’m not deleting it.)

Also still powerful is Linkle in her new boots. Her running may seem very odd and like no running we have ever seen before, but she can still move in battle, and make her enemies fly. Not only did she become my second favourite in the game, but I think her boots have just become my favourite weapon for her as well. It’s insane how good she is with them, compared to the crossbows, which she’s also rather talented with. Unlike Marin though, there isn’t really all that much of a difference between her on the Wii U and on the 3DS, so regardless of whatever format you choose to play with her on, you won’t be missing out

Now I could go on talking about these two for the next few hours, but I actually have a few hours spare, so I’m calling it a day and take on the Koholint Island Map, but not before I leave you with a number of images taken from my exploits earlier and with all the new update information for both games: