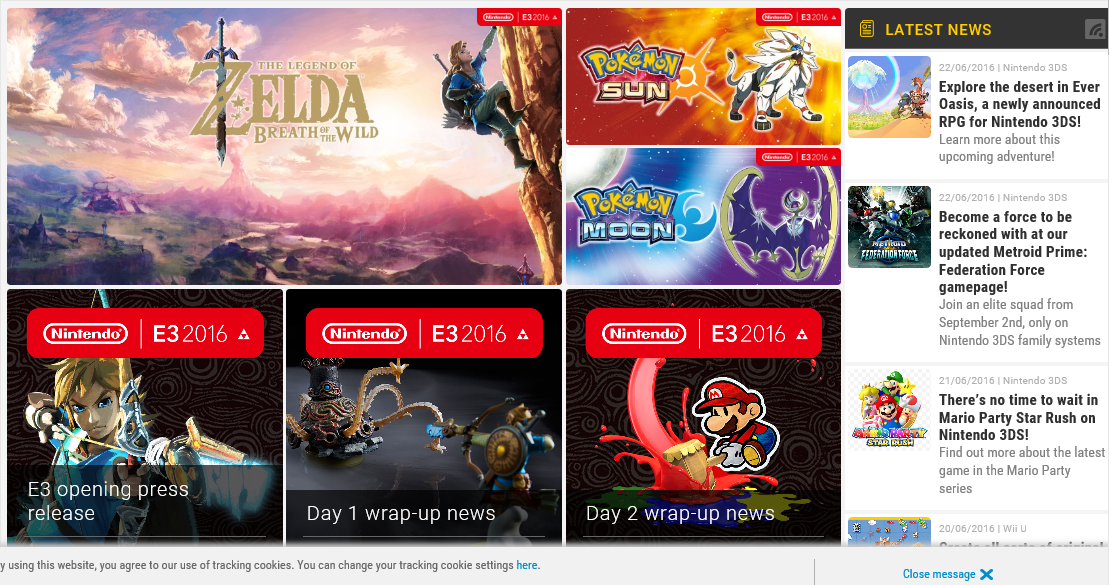 Nintendo UK Get with the Times!

Now that E3 is over and there were all those games announced, revealed and discussed, Nintendo UK have updated their website to get with the times and they’re not the only ones as other European Nintendo sites have done the same.

Gone is the plain and boring look as the sites are now popping with a new layout that presents you with clearer categories to the left of the screen. Tiles in the middle and Latest News articles to the right. Although that’s just the PC version of the site, on mobile it is of course different, what with it being scaled down and Latest News only available by clicking on menu options and expanding it. Still it is miles better than the last one we had and it’s great to see the company’s European compadres getting with the post-E3 times and if you haven’t seen the new layout yet, use the link below or gaze at the image below it:

It’s definitely won me over, what about you? What do you think of the new look? Is it better? Worse? Or somewhere in between? Let us know