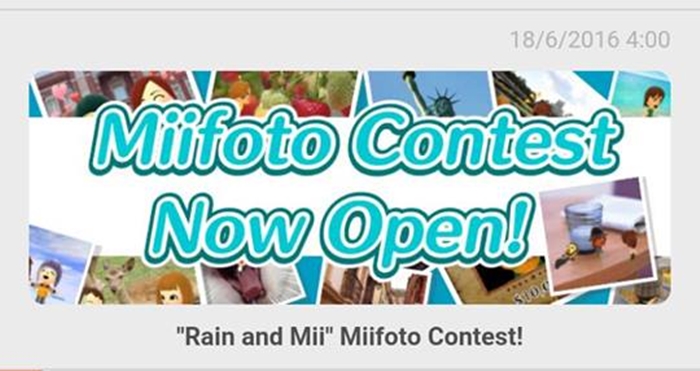 Well if The Legend of Zelda: Breath of the Wild isn’t enough to entice wayward Miitomo users back to user the mobile app, maybe the newest feature is, a new Miitfoto Contest event. Just a shame the new event only applies to those in Japan.

Yes that’s right, Miitomo gets a new feature to entice us to make plenty more Miifotos and share them on Twitter, in the hopes of them being retweeted by the official Miitomo Twitter account, but as per usual Japan gets pretty much everything first as the very first Miifoto Contests applies only to those in Japan, but a notification of the event has been sent out to users all over the globe. But just because this one is limited to Japan, it doesn’t necessarily mean all Miifoto Contests will be Japan only and that Europe and North America might just get their own, but even then don’t hold your breath.

For anyone interested in knowing the rules for such an event, you can find them below, along with a Miifoto I did myself purely for fun as I knew full well I wouldn’t be able to “compete:”