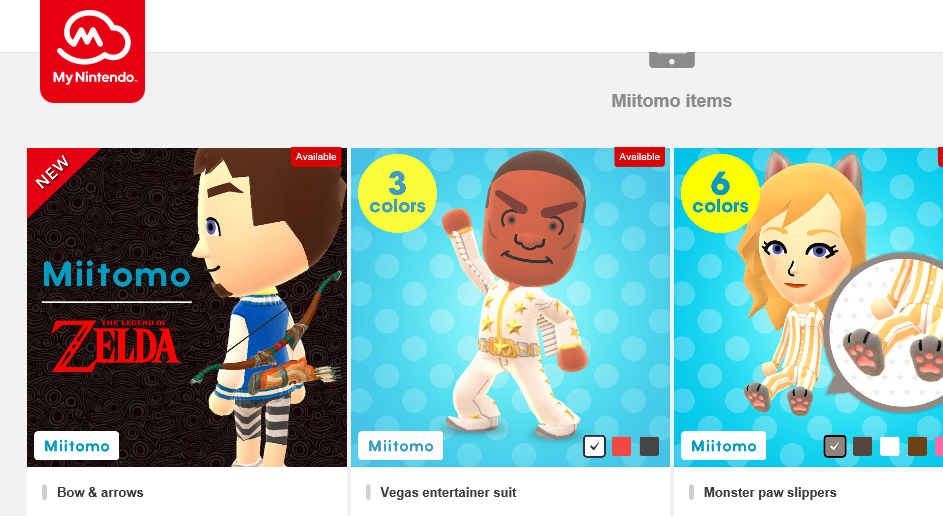 The Legend of Zelda: Breath of the Wild (a Miitomo Event)

With the Nintendo Treehouse Live @ E3 stream over for today, as promised the Zelda items have made it into Miitomo, so if you haven’t logged on yet, you best do so because a so much awaits.

First is of course the distribution of the gifts Nintendo promised us should 40,000 tweets were reached and there were, but now that you have the Zelda Wii U hairdo, it’s time for the rest of the outfit. For the iconic bow, head over to the rewards section of My Nintendo and spend the necessary 50 Platinum points to get it. You can also buy a new Zelda-themed theme for your 3DS. It costs 200 Platinum points and is a Link theme, with Link being from both versions of Twilight Princess.

As for the rest of the garb to complete your Zelda: Breath of the Wild look, you will need to play one of the new Miitomo Drop! stages, where the Champions Shirt (the blue shirt he wears,) along with the rest of the newly iconic get-up, can be acquired. Should you play the other stage, you can get the tunic from Twilight Princess. Then of course there are a couple of other shirts available as well and they are all available right now! So what are you waiting for? Zelda’s E3 showing is over for today, so carry on the Zelda love with the Nintendo app.


Categorised in: Miitomo, Nintendo Mobile, The Legend Of Zelda, Wii U