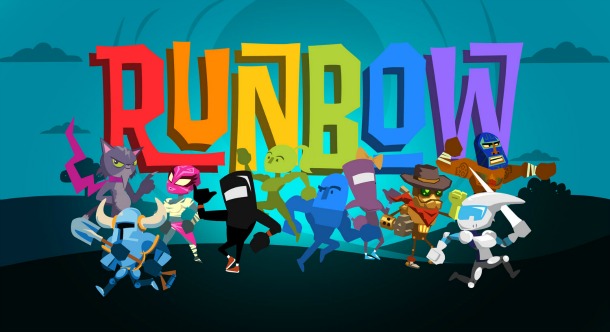 Since the news first broke that Nintendo would have a 30 minute segment as part of the YouTube at E3 Live Stream today, a lot of us were hopeful of getting an overview of what we can expect for tomorrow, or even a trailer. But what we actually got was none of these things.

Instead what we did get was an even longer Ubisoft presentation that went above and beyond its allotted time slot, an act that enraged plenty of Nintendo fans as the Nintendo showing wound up being delayed an entire hour. Then finally when we did get to the Nintendo show, there was no Zelda. No Pokémon and no Miyamoto. What we did get was four Nindie games, the first of which was Jotun by Thunder Lotus Games. (Many of you may know about this game already as it released on PC last year.) A game we can expect to see release on the Wii U during the approaching Summer. Features revealed for the Wii U version of this game includes the Wii U GamePad displaying the map and can be used to activate God Powers, which are acquired by making contact with Norse Statues. There will also be a Valhalla mode which in short is a boss rush for the Valhalla Edition.

The second nifty Nindie we got to learn about was Runbow Deluxe. We already know about the game coming to Wii U, but it seems Runbow is set to go handheld as well as Runbow Pocket Deluxe is confirmed for the Nintendo 3DS and because that’s not all, there are physical versions of both. Not only that, but WayForward’s Shantae will also be playable as a free character for the game, which is also to have a StreetPass function to share cards.

Also due for release this summer is Axiom Verge for the Wii U, which will take advantage of the GamePad as it does feature off-TV gameplay and there will be plenty of weapon select ability. The fourth and final Nindie we got to learn about was Severed by Drinkbox Studios. The hack’n’slash-esque releases this Summer on both the Wii U and 3DS and will feature in-game achievements.

Was all of this what we wanted from the Nintendo segment, probably not, but had Ubisoft gone on for even longer, Nintendo might not even have had the time to show what they did, which would mean cutting in to valuable Zelda time tomorrow. Besides, these Nindies are some pretty great games considering and now that they are out of the way, we can truly focus on the delights of Pokémon Sun & Moon, and of course, the upcoming Zelda Wii U/NX.