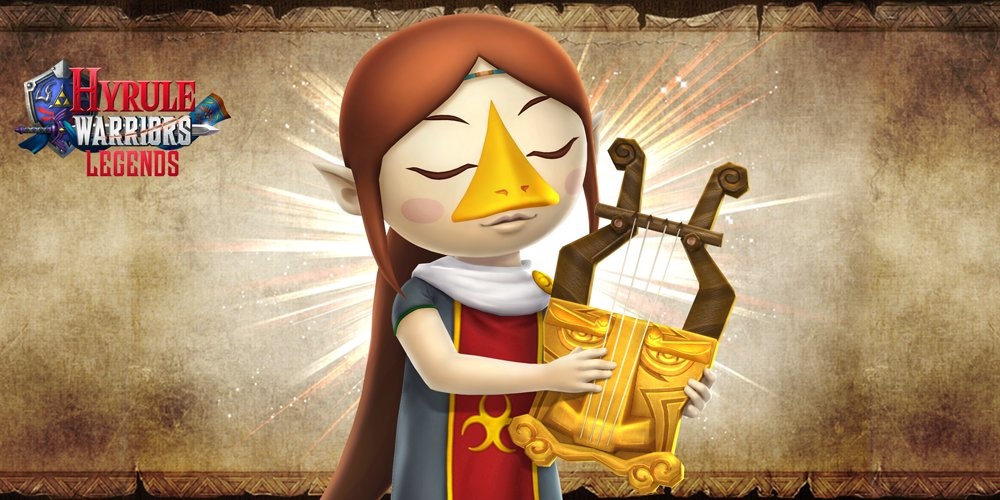 Koei Tecmo kicked it off earlier today by confirming the release date of new dlc for Hyrule Warriors Legends next week for Japan and now so have Nintendo of Europe!

We have yet to hear from Nintendo of America, but given as how both Japan & Europe are to see arrival of the first dlc pack for Legends on the 19th of May, it’s a given that North America will see the dlc release sometime between the evening of the 18th and anytime during the 19th of May. Regardless of whether or not you own Legends and did or did not purchase the dlc for Legends, Medli will be available free to gamers who own either version of Hyrule Warriors.

Thanks to Koei Tecmo, we already have the Japanese trailer of the update and dlc, but Nintendo of Europe have provided us an English version too, which can both be viewed here:

As part of the dlc those who did buy it and own a copy of Legends, will have access to a new map, provided they have progressed enough through Adventure Mode to unlock it. For more information on all Hyrule Warriors Legends dlc, be sure to click here.


Categorised in: 3DS, Announcement, The Legend Of Zelda, Wii U