Skip to content
Fan Project The Legends of Zelda Wii U 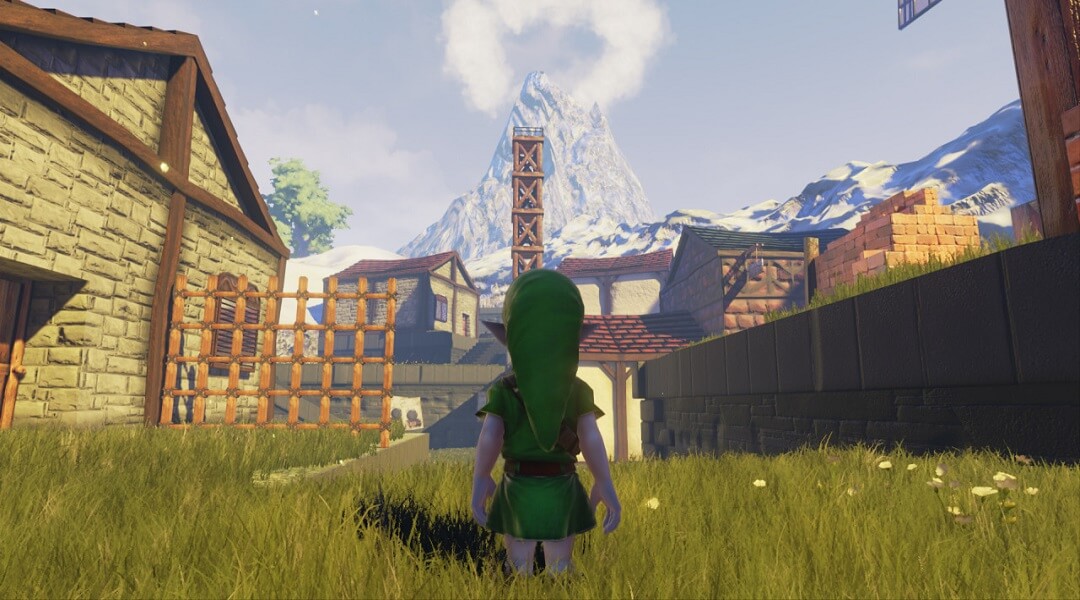 #ZeldaWeek continues and given everything we’ve posted and written about so far, it’s only fitting we kick back and relax as we watch some of the finest footage of Ocarina of Time brought to life via Unreal Engine 4! Here are our Top 5:

As far as Ocarina of Time goes, it is my favourite game by far in the series and also the first one I played and although there are many moments that come to mind, especially the ones regarding characters who have made several appearances in other games in the series, and for me one of those moments is encountering my first Great Fairy. I remember thinking “She looks nothing like Navi,” and then there is that laugh, a laugh that has stayed with me all these years. This clip perfectly captures the scene and serenity perfectly and it is because of that, this clip makes it into the list!

Kakariko Village has made an appearance in quite a few games now, but I’ve always felt that the one from OoT is the greatest version I have ever seen. Sure the version from Twilight Princess, isn’t too sad either, but the layout of it and just the general look of it, as interesting as it was, in no way does it surpass OoT Kakariko. This is the village where we learn the Song of Storms, meet the carpenter and his pale son, but more importantly, a village full of life. There is some hustle and bustle and you can actually see people living out their lives in peace. Now sure there may be no actual residents in the chosen clip, but even then, this fact doesn’t take away from the experience, because even though it is barren, it still feels just as lively and Kakariko has honestly never looked better!

It doesn’t matter what game you’re playing, in each game to feature the Master Sword, it is always an iconic moment when Link lays his hands on it, but to see him grip it as a kid and emerge an adult after a 7 year sleep, well that’s just priceless. No Top 5 Unreal Zelda clips would be complete without at least one clip that captures that moment so this is that clip! It’s just such a beautiful moment, brought to life!

Everything about this clip is just incredibly stunning. The landscape looks hot, harsh and life like, exactly how a desert should be and just look at the glare of the sun! Sure we don’t actually get to see anything beyond the first area, but if this is what the Valley looks like, you can just imagine how mind blowingly awesome the Thieves’ Hideout would look like! Just picturing it makes this writer’s mouth water. I would wonder that place for hours, just to take it all in!

This one I’ll admit has to be most predictable of clips to have made it in, not only is Death Mountain iconic to the series, but Death Mountain Crater was truly something else. The smoke, the heat, the lava, although you’ll have to forgive the Goron tunic as we all know only Adult Link can wear it, but still, this is one of the greatest clips of an Ocarina of Time moment, beautifully brought to life via the means of Unreal Engine 4 and it just makes me really wish the rumours of regarding the Nintendo NX apparently supports/runs Unreal Engine 4 because should Nintendo bring out a Zelda game that looks just like that, it will be one of the most breathtakingly gorgeous games we have ever seem to date!

Sadly though we are now at the end of our Top 5!  We do hope you enjoyed these clips as much as we did and considering as how much I enjoyed doing this one, I might just have to go on and do a Top 5 of Majora’s Mask, but that will be something for another time, another week. But this week is still far from over because we still have two more days of #ZeldaWeek and if you’re interested in what we have to come next, well you’ll just have to come back and see for yourself!