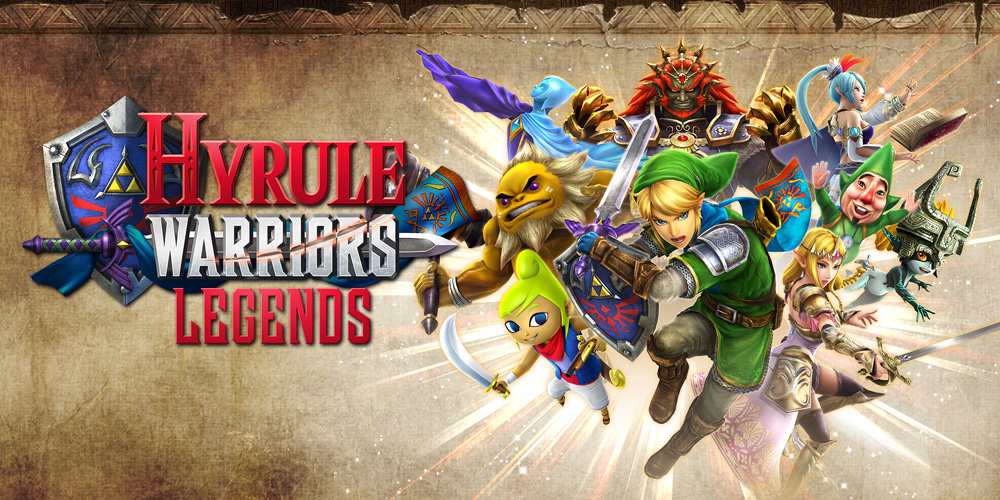 Hyrule Warriors Legends Is In The House!

Don’t you just love it when the delivery guy is there at your door with package in hand and that package is none other than a game you have been waiting almost forever for? I certainly do and today that game is Hyrule Warriors Legends!

When I got my Wii U, I actually got it so I could play Hyrule Warriors and the Legend of Zelda: The Wind Waker HD. Zelda U never factored in the decision, and then when I first learned that the 3DS port of Hyrule Warriors was going to feature more characters and adventure mode maps, well I just had to have it. I did the whole parting ways with a huge heap of cash a good few months early and got myself my metallic New 3DS XL. (Had I have waited, I could have gotten the special Hyrule edition, but black is just as good as gold).

But yes Hyrule Warriors Legends was the reason why I got the handhold and the fact that by having one I could play a range of Zelda games I couldn’t before, only gave me further reason to commit to the decision and now the day has come and I received my copy of the game from Amazon.es and I could get my teeth sunk into it! However as I stood there with Legends in one hand and my Wii U version in the other, I found myself torn. Sure I could dive right into the 3DS game and get started, or I could take my code and unlock the 5 new characters for the Wii U version instead and play them straight away. It goes without saying that is exactly what I did first and I am so glad I did!

Each one of the new characters look absolutely fantastic on the Wii U version and having played each character and Ganondorf with his Trident weapon, I have the following comments to make, Linkle is an absolute beast, a truly fantastic warrior to play as and might just become my favourite character to play, kicking Link of the top spot. Her moves, consisting of a lot of jumping, putting her hood up and taking it down crossbows that turn green and red, making her some sort of Super Jedi/Sith, she’s like an all-female Green Arrow that knows how to deal damage!

Then there is Toon Link, from the Wind Waker and another character I really liked. He is a little psychopath with a few of his moves, like a cel-shaded, blonde haired Chucky, who whenever he uses magic, goes complete Super Saiyan. Skull kid however, as good as a character he is and his moves are, he just doesn’t feel as good as he could be, but he is a lot better than Tetra and King Daphnes. No matter how long I spent playing as each one, I just couldn’t get the feel for them. Both Linkle and Tetra are blondes with weapons what fire, and given what Linkle can do compared to Tetra, Tetra feels a lot like a character you had to settle for because someone else chose Linkle first.

To make up for my disappointment, I thought it was time to try out the Demon King Ganondrof with his new Trident weapon and it is just so good. I thought he was powerful when he was using his duel swords, but armed with the Trident, he shows us just how powerful he really is and fast! For a guy as big as King Daphnes, if not bigger, he can really move, which only makes him an even deadlier warrior to play as.

But what’s the point in getting a game for my 3DS and then not play it? So after a few hours on the Wii U, I took to the 3DS port and am really loving the experience. The port is just as good as the main game, even with the lower graphics, which when playing multiplayer on the main game, aren’t that much different. So while I get completely wrapped up in this fast paced war once more, you can expect my full view of the game within the next couple of days and given what I’ve seen so far from the game, there is certainly going to be something to write about.