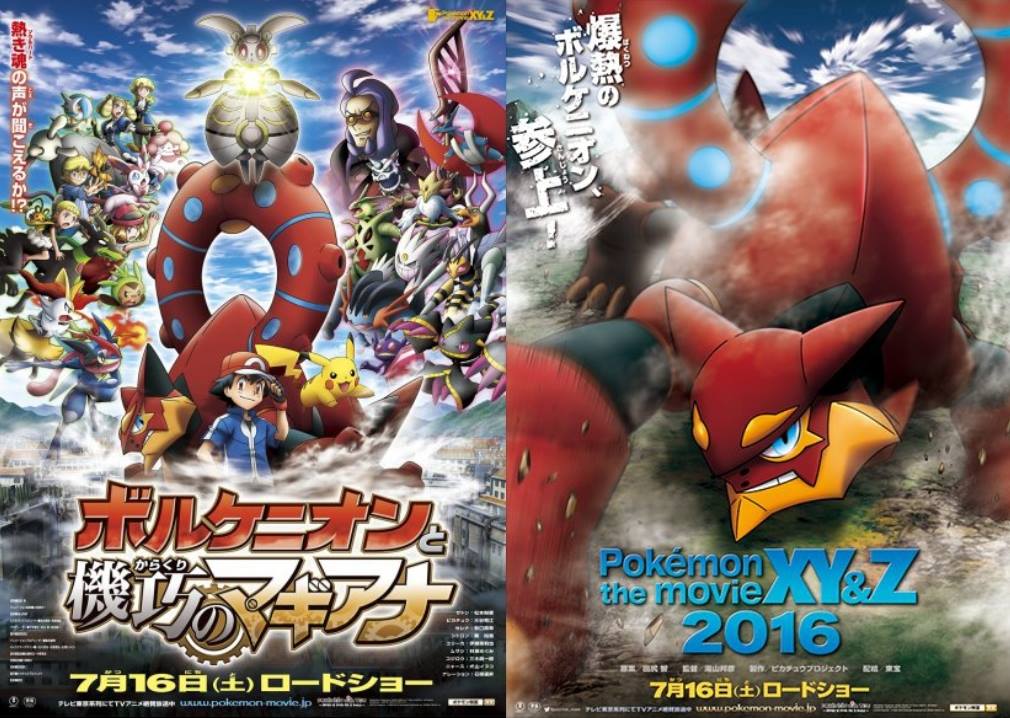 Since the reveal of Magearna back in February, we’ve haven’t had any more details on the upcoming summer movie, Pokémon XY & Z: Volcanion and the Ingenious Magearna. Nor have we heard much more regarding the man-made Pokémon, but what we do have, is the first trailer for the film!

If you have no idea what the film is about, not to worry because the paragraphs below will surely bring you up to date on just what to expect from the latest film:

“As Ash and his friends journeyed onward, a huge Pokémon suddenly fell from the sky in front of them! Appearing from the cloud of dust whirled up from the impact of the fall was the mythical Pokémon Volcanion! It turns out that Volcanion, who lives in the secluded “Navel Plateau” together with Pokémon that have been injured by humans actually has an intense hate for all humans.

Volcanion completely ignores Ash and his friends, and attempts to hurry away, but for some reason Ash ends up getting pulled along with it. Volcanion makes a run for it, and Ash gets pulled along. Incredibly, without either of them noticing, the two ended up linked together by a strange chain! Even though they want to get loose from this chain, it proves impossible. With no other choice, Volcanion started running off towards “Azoth Kingdom” while pulling Ash along with it, constantly fighting with him on the way.

Meanwhile, Cabinet Minister Jarvis from Azoth Kingdom, a city of super-machinery where gigantic cogwheels are constantly rotating, has obtained the ultimate invention he has been searching for for so many years. It was the artificial Pokémon Magearna, which was born in the kingdom 500 years ago but since went missing, as well as the unknown power called the “Soul Heart” said to reside inside Magearna.

As Jarvis plots to use this power to rule the kingdom, Volcanion was attempting to retrieve Magearna, who got abducted from the Navel Plateau! “Ain’t no way I’ll ever forgive the humans!”

Will Volcanion and Ash manage to work together and save Magearna while linked together? And what is the true power the “Soul Heart” hides? It’s time for the hottest battle in Pokémon history to begin!”

That’s all the details we have at the moment, but as soon as we get any more on Magearna, Volcanion, and the film, we’ll be sure to share it straight away, so be sure to check back regulary.