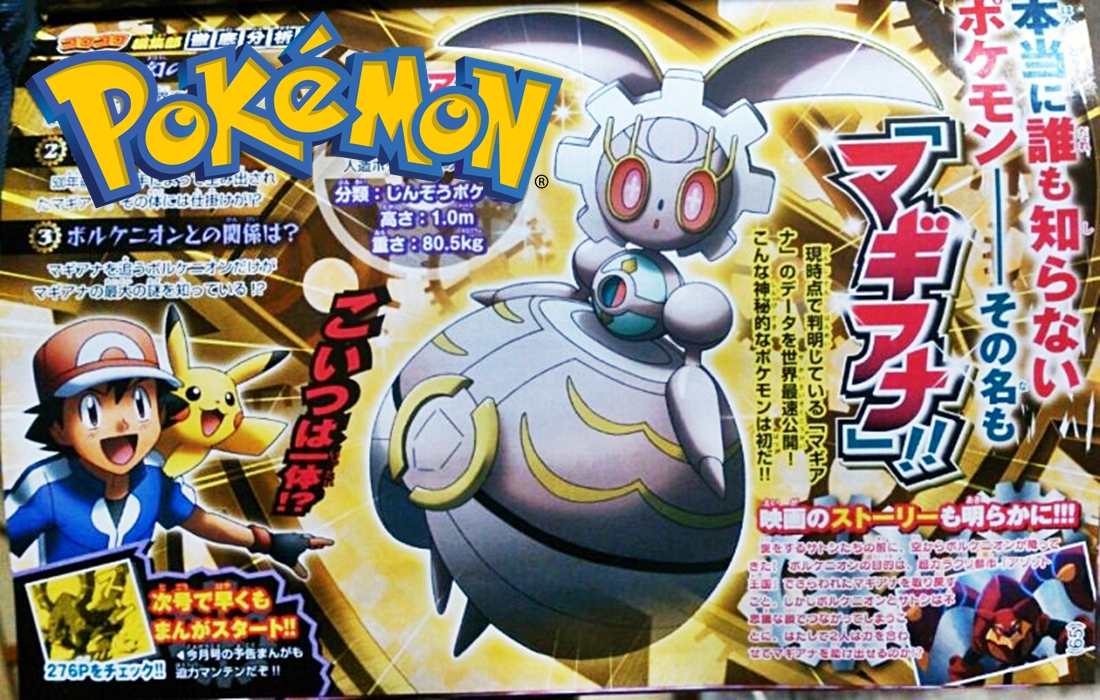 Revealed in the latest issue of CoroCoro, the announcement of a new Pokémon was joined by details regarding the forthcoming Pokémon movie, a movie which will tell the tale of Volcanion and Magearna.

The film, as all of them do, sees Ash continuing his journey, only to have the first Fire & Water type Pokémon drop from the sky and land in front of him and is quick to tell Ash and friends that he needs to recover Magearna who has been captured by “Azoth Kingdom,” a city of “super-machinery.” On a desperate mission to save the latest Pokémon to be revealed, Volcanion has become linked with Ash and needs his help in order to rescue Magearna.

No other details regarding the new Pokémon have been revealed, other than it was created by man, over 500 years ago and it has a secret, but in order to find out what that is, I guess we’ll just have to watch the film. We’ve still yet to learn everything about Volcanion, but at least we do have some footage of him in action:

It has yet to be confirmed if Magearnawill be appearing in Pokémon Z, but it would be foolish if it didn’t and for anyone in France who would like to get their own Mew, from February the 26th to the 31st of March, you’ll be able to receive a code to get Mew at Micromania stores all across the country.