Bayonetta gets Better at Christmas 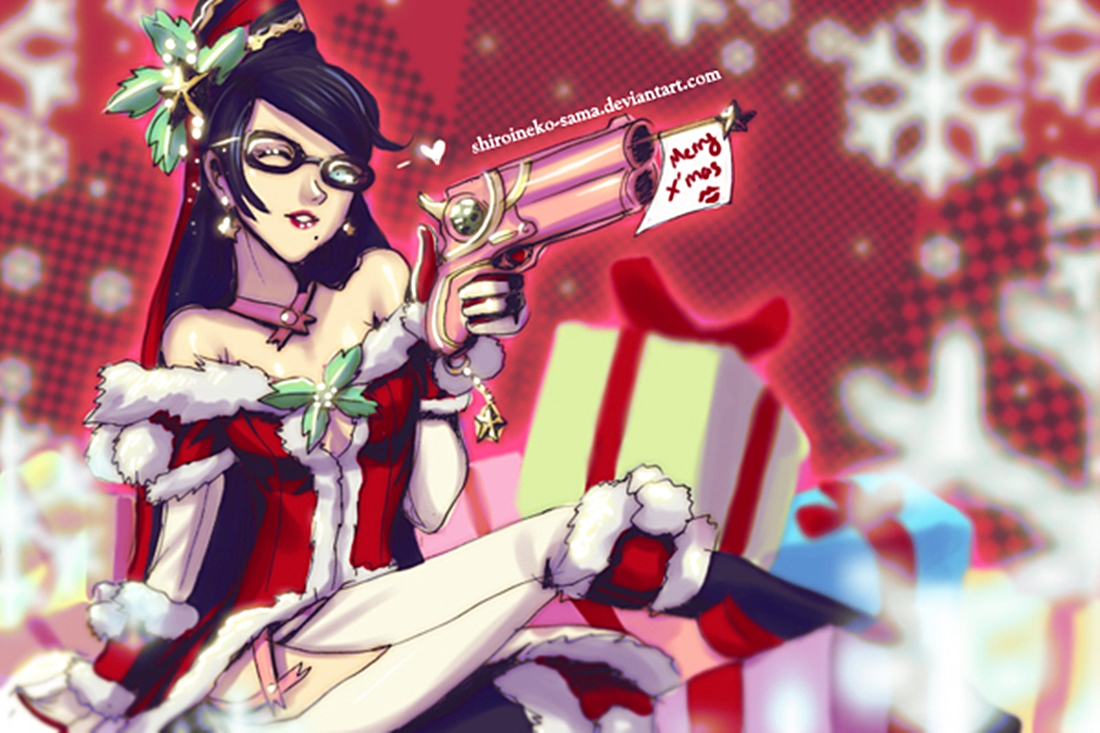 I was recently over at Nerdist.com reading an article regarding Bayonetta 2 and how it is the videogame equivalent of watching Die Hard at Christmas and at first I was like; “Yeah I can see that,” and because I’ve been itching to play it again for some time, I did play it over the holidays and I’ve got to say, Edwin Garcia was spot on with everything he said.

When I think of the movie Die Hard, I see Bruce Willis, spending most of the movie running around in a pair of Jeans and a vest. Going through hell to ensure the woman he loved/loves is safe and of course, there’s all the one liners and watching Hans Gruber going out the window and falling to his death. Now when I think of Bayonetta 2, I naturally think of the Umbra Witch in the tight, revealing outfit, which can be changed for all kinds of attire, who literally goes through Hell, Inferno rather, to save her friend Jeanne and come on, almost every line of hers is a one-liner. Oh and then there is her version of the Hans Gruber free fall, which at the end of Bayo 2, is daddy and daughter teaming up to summon their most dangerous partners, which combined kicked Aesir into space. Now just what could be awaiting him in the vast unknown? Why it is Jeanne stood atop of her jet, and with her prey insight, she performs an Infernal summoning of her own, which soon chows down on the game’s main villain, who failed to avoid the beast whilst within the Earth’s stratosphere.

No matter how you look at it, the game and the film, both have very strong similarities and give the viewer/gamer such a strange, yet enjoyable experience, one that you want to experience over and over. An experience that just has to happen at least once or twice a year and before you say Bayonetta isn’t “Christmassy” enough, Rodin makes an appearance dressed as Saint Nick himself, with presents for all. Guns for Bayonetta and bullets for the Angels and not only is it a game that starts with Christmas shopping, but it ends with it too. Only the big bad witch can go toe to toe with daddy, voyage into Paradiso and Inferno and still has time to save the world and finish off her shopping after being rudely interrupted in the first place. And let’s not forget, this is the kind of game where you can just lose yourself, distancing yourself from the chaos of the festive session and replacing it with showing Angels and Demons who is the baddest of them all and you know, surf your way into heaven and torture a couple of Angels when jetting around to the city. Be honest, the world of Bayonetta has more normality than our lives during this time of year.

And everything is going to get so much better, because now with this realisation in mind and fact proven, it means come Christmas 2016, we can spend the seasons thrashing it out with Bayonetta 1, and 2 and then when we’re done completing story on both, it’s time to throw down with the relatives and play as her as you settle it in smash! All we need now is the official confirmation that Bayonetta 3 will be happening and that would really make my next Christmas.

As always, till next time folks. Keep up the good fight and Keep on Gaming!