Zelda Online: Should Tri Force Heroes get its own Online Events 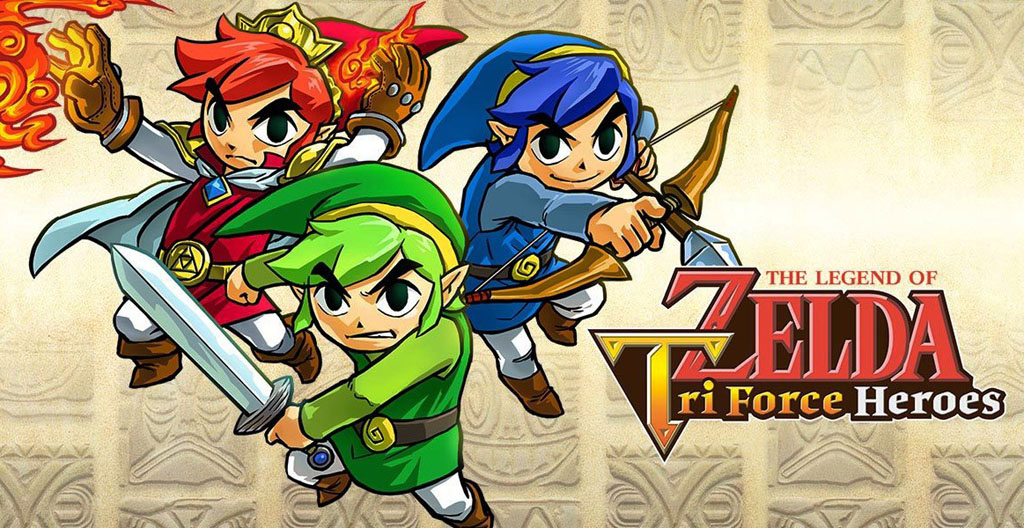 The last few years online functions have become more and more integrated with Nintendo’s larger titles and now we have Tri Force Heroes, the new Zelda game that revolves around online functions, as well as co-operation, but being so much different to the other games in the series, having gone the online route, it only stands to reason that they should take it even further.

On the home console, original Nintendo title, Splatoon continues to be a success, thanks to its online events, aka Splatfests, so why not take what works here and give it to TriForce Heroes? Sure it wouldn’t be exactly the same, because it is not like you can break it down by making players choose between two teams and them playing to score points for their teams, but what Nintendo can do is host online events where two or more teams of players battle each other in exhibition matches and even compete against each other in which team can complete a certain set stage the quickest. Now just what kind of prizes could be rewarded for success in these modes, why only much rarer materials that go towards building very special costumes that can only be used when playing in the online events, or for just wearing around Hytopia.

Should Nintendo go down this route, it wouldn’t be all that too hard to implement, especially since their experiences with Splatfests, but it would also keep this game relevant and might just get more people playing it and for those who already are playing it, to play it much longer. It would also be a move that would ensure Nintendo’s handheld to have something special and Zelda related for the anniversary, while the release of Zelda U still remains a mystery. Although should such an event occur, would the game then become too similar to Splatoon?

Let’s face it, both heavily feature online play, revolve around costumes and weapons that add that extra element to the games and should Tri Force Heroes get chance to have these special online events, would that be the final straw before everyone starts calling it a Zeldafied Splatoon? But only time will tell, so until then, I shall sit with fingers crossed hoping for such online play events to come to the latest Zelda title and who knows maybe we’ll hear more about the possible DLC that could be in the works for Tri Force Heroes, but such online functions don’t only appeal to TH because even Hyrule Warriors could benefit from regular online events as well, or at least include such gameplay in the forthcoming 3DS Hyrule Warriors Legends. The world of Zelda continues to get more and more interesting with every passing minute Nintendo stay hushed.

2 thoughts on “Zelda Online: Should Tri Force Heroes get its own Online Events”