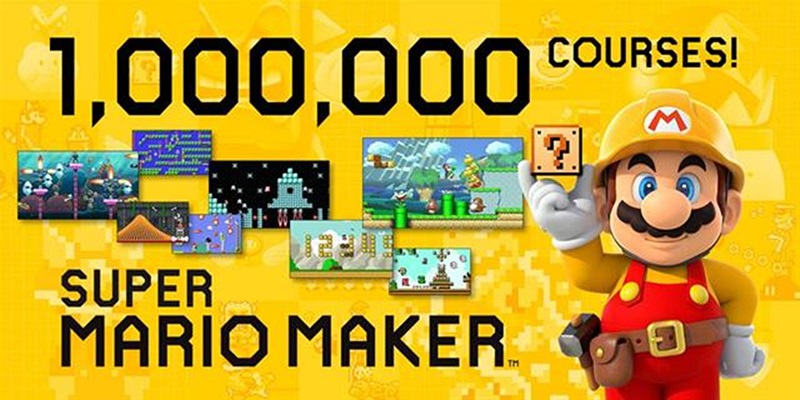 Mario Maker Makes a Million… courses in a week!

It was always going to happen, Mario just has that charm, but within a single week of its release gamers have already uploaded over one million levels that they created, via that great game we are all getting to know, as Super Mario Maker.

When I first heard the number, I was stunned, but then logic kicks in, along with math yes it is more than possible to understand just how easy it was for this to come to pass, but logical or not, it is an impressive feat regardless. Super Mario Bros has been kicking around for the last 30 years and yet if you were to add up every level and include every level from every Mario game ever, the sum is still dwarfed but what us, the gamers created within a week.

Sure at least a hundred thousand of those levels are insanely easy and another hundred thousand being auto-run levels where you don’t have to press a thing, but that’s just all part of the fun anyway. And in all honesty, half that sum could just be completely terrible, but even then the half that is good, still over shadows the many levels the Mario franchise had to offer, but who cares? Now the franchise can boat more levels and if I’m honest, I really wouldn’t be surprised if in the next New Super Mario Bros, fingers crossed on NX, we might be seeing a couple of the most popular levels included, after all, Nintendo themselves might like a what of what they see and want to include it.

It’s understandable now why Nintendo only let us start off by being able to upload 10 levels, because if they allowed us to twenty, well then, we would have hit two million instead, which yes would have been a bigger celebratory moment, but with a game that is just getting more and more interest, more people are buying the game and uploading the levels, so it is fundamentally important Nintendo can have those levels up there to be enjoyed. Plus it’s not like the 10 uploads is set, players can earn more uploads, provided the levels they do create are enjoyed by those who play them, so with that, I need to take some levels off and get some new and better ones up, but here’s to you Nintendo and you Mario. You guys are soaring to the clouds and you’re taking us all with you, but more importantly, thank you, for everything!