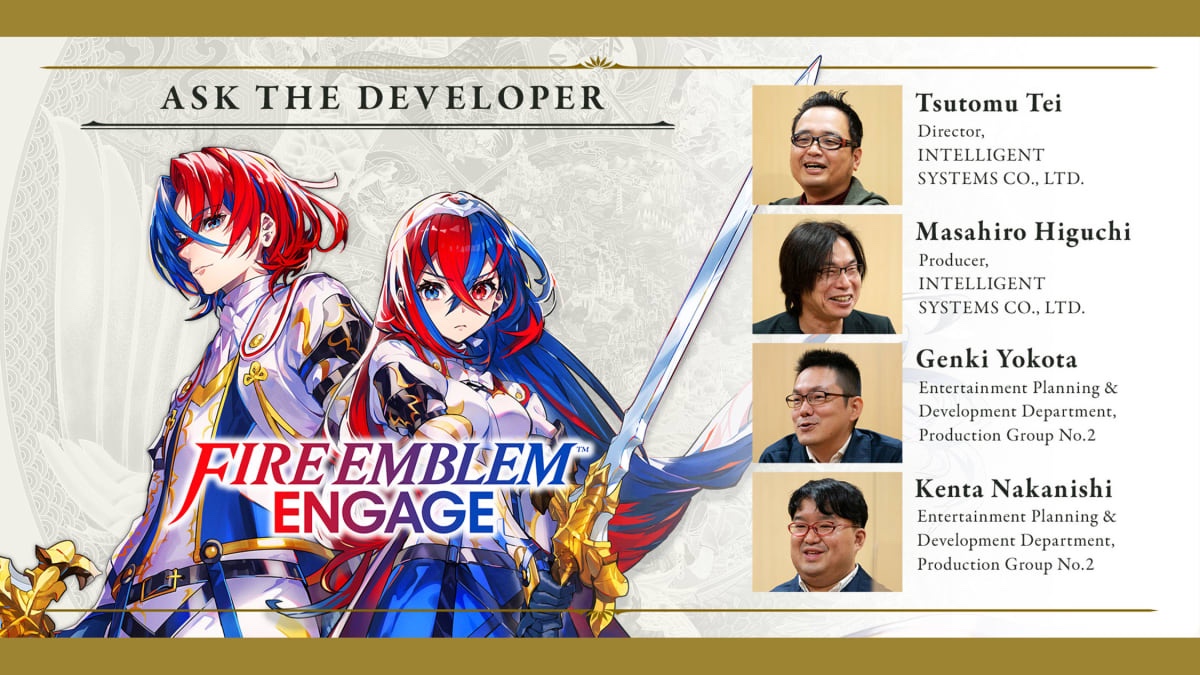 “I was nervous at the start of development because I felt a great responsibility.”

Together the four developers have been answering a variety of worthwhile questions and we’re on hand to pick out the most notable excerpts, starting with Tsutomu Tei speaking out on his involvement Fire Emblem Engage:

Tsutomu Tei: “As a director for this title, I was in charge of making decisions from setting the theme to deciding the general direction of the game.

I was nervous at the start of development because I felt a great responsibility for the series with such a long history that’s spanned over 30 years. But I am glad that we’ve finally completed the development and all our hard work has paid off. ”