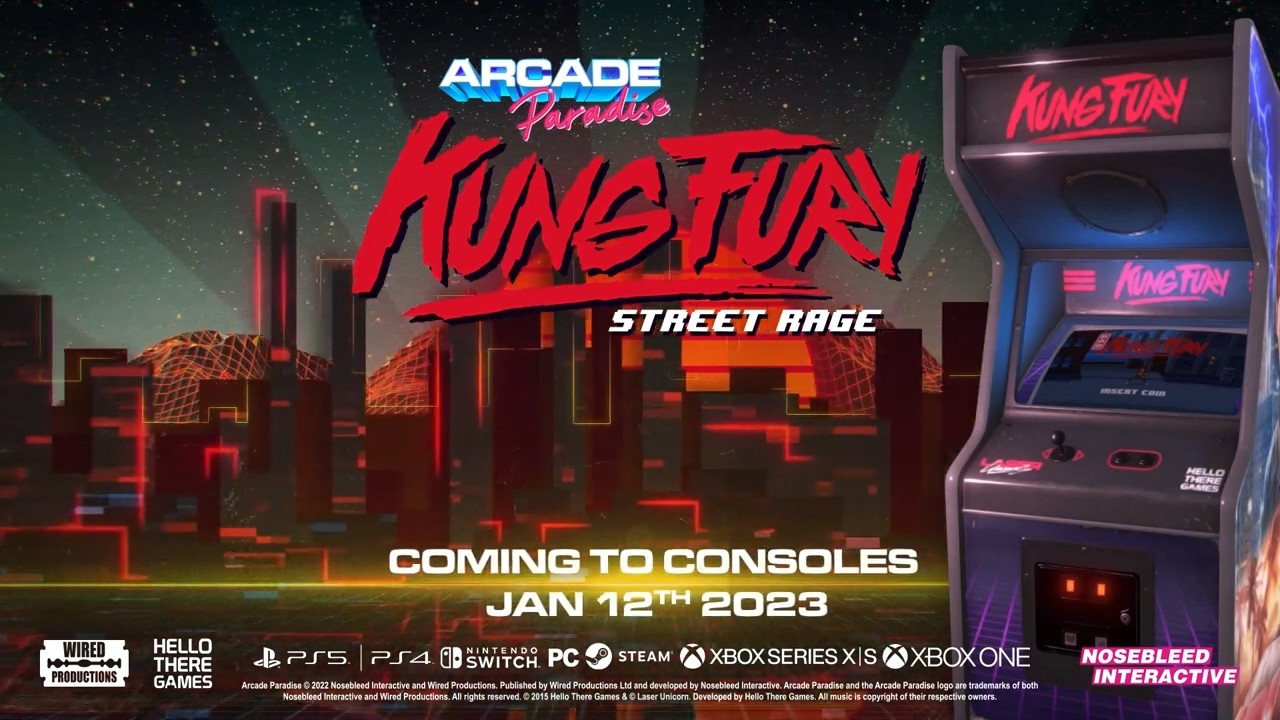 Arcade Paradise is the gift that keeps in giving. With over 30 different games to play in the base game in a fully functioning virtual Arcade, and two extra arcade cabinets available to purchase and download added to the Nintendo Switch eShop last month, another arcade will become available for consoles next month.

On January 12th, a new side-scrolling beat ’em up cabinet titled “Kung Fury: Street Rage” will be available as the next DLC pack and will be priced at $2.99 / €2.99 / £2.49 respectively. It will be the first actually licenced game added to Arcade Paradise as the game is based on the film Kung Fury, which is an 80’s inspired over-the-top action comedy featuring ninjas, vikings, dinosaurs and even Nazis.

If you are interested to see what the Kung Fury game looks like, you can check out the trailer below

While console owners will have to wait until next month to get the new DLC, PC players can actually get it right now. So, if you own the Arcade Paradise on Steam, you can jump straight into the action of Kung Fury: Street Rage.

It’s 1985 and the violence is raging in the streets of Miami, it’s gonna take the toughest martial artist cop and 3 hard as nails enforcers from across space AND time to clean them up!

Choose Your Fighter – Pick from 4 characters – each with their own unique abilities, playstyles and durability to start taking out the trash as you chase that high score!
Fight Waves Of Enemies – Use intense two button arcade action to DEVASTATING bone crunching effect, easy to pick up – hard to master as the waves get faster and more diverse!Bring The Fury to your Arcade! – Turn up the heat with KUNG FURY: STREET RAGE – available as this sweet new cabinet in Arcade Paradise DLC, with new goals, objectives and leaderboards!

Go back to the 80’s – Authentic retro-arcade gameplay and VHS aesthetics – with a synth soundtrack to beat down to provided by Swedish electro sensations, Mitch Murder and Joel Eriksson.