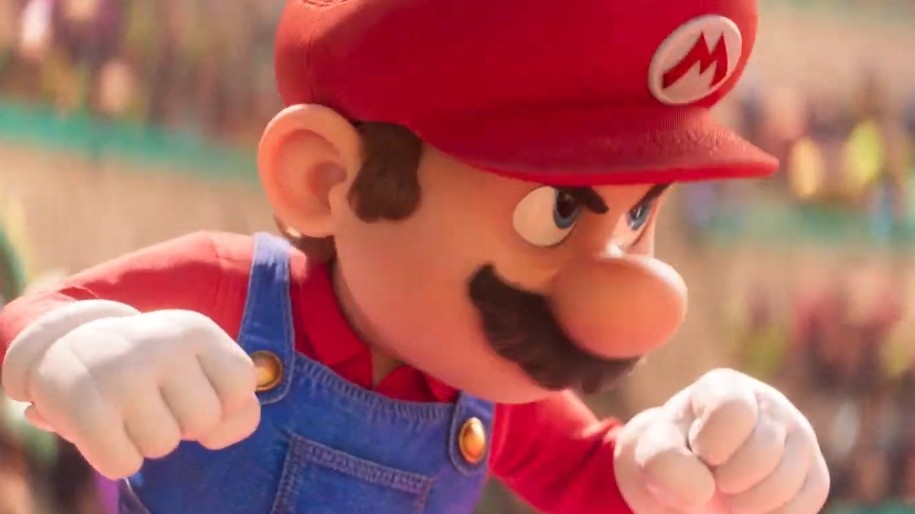 The second official trailer for The Super Mario Bros. Movie was shared publicly today as part of a Nintendo Direct that focused solely on the film. Miyamoto presented the Direct and the likes of Chris Meledandri, Anna Taylor-Joy and Seth Rogen each had a little message to share with the viewers.

We were then greeted with the second trailer which showed more of the Mushroom Kingdom and featured both Princess Peach (Taylor-Joy) and Donkey Kong (Rogen). Mario, Bowser, Luigi, and Toad (played by Chris Pratt, Jack Black, Charlie Day, and Keegan Michael Key respectively) also got some more air time and we also got to see what looked like a Super Smash Bros. Easter Egg and some Mario Karting action on a Rainbow Road, as well as some retro Super Mario Bros. platforming and Power-ups.

On the whole, the film looks like it is shaping up nicely and Princess Peach is no push over either as we see her arm herself with an axe in preparation to defend her kingdom from King Bowser.

If you want to see the trailer but don’t want to wait for Nintendo to publish the VOD version on their YouTube channel, The Super Mario Bros. Movie Twitter account has already uploaded it to their timeline, which can be viewed below.

❤️ this tweet to Power-Up with exclusive updates from The Super Mario Bros. Movie pic.twitter.com/NSKx7ODFlc

What do you think of the second official trailer for The Super Mario Bros. Movie? Do you still have reservations about the film? Have some of your doubts been put to rest and you are now happily looking forward to it? Do let us know in the comments.