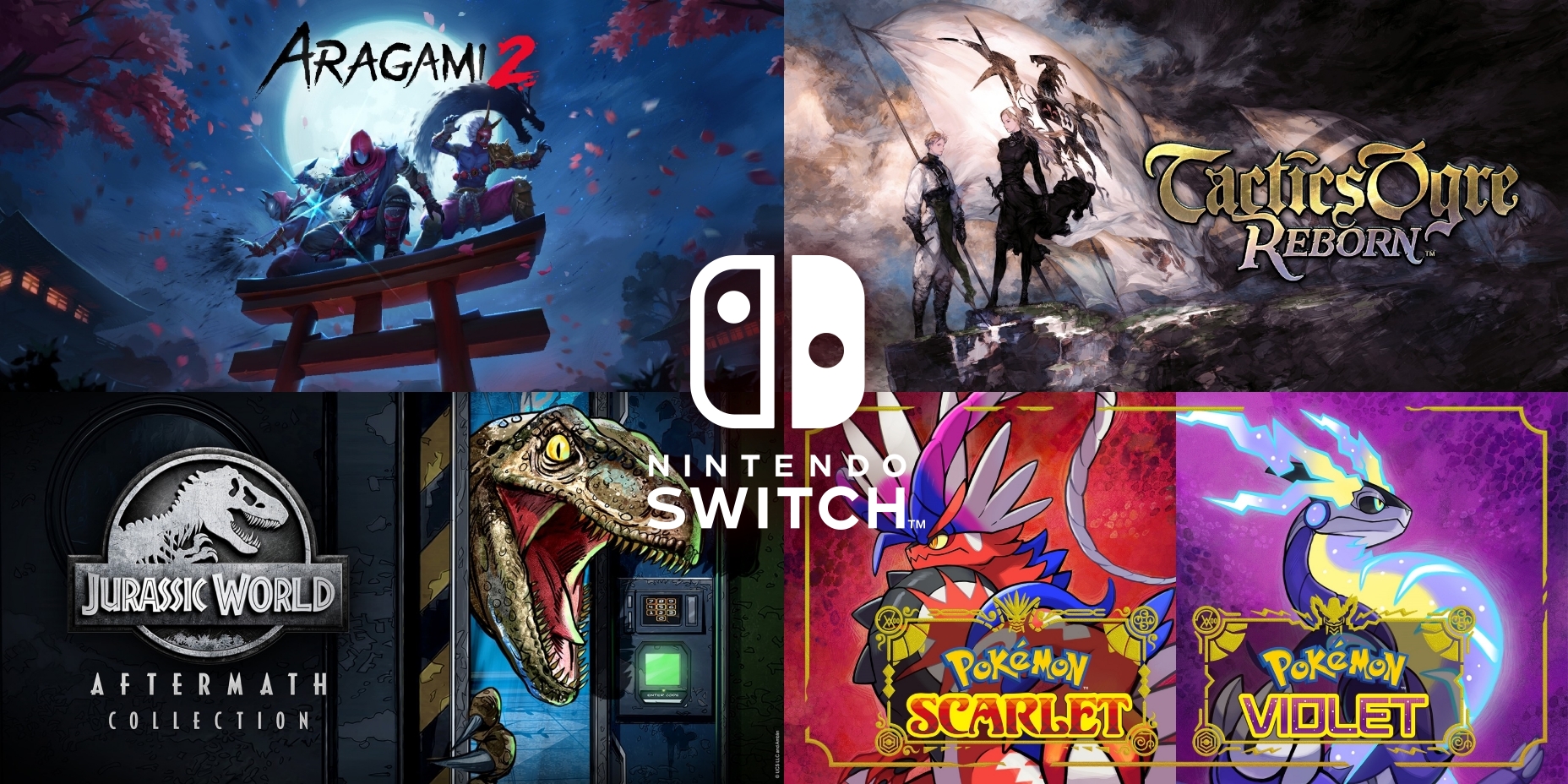 As another month properly gets underway, once again, as far as the Nintendo Switch is concerned, there are plenty of interesting, compelling and downright bizarre games to play. Having already covered the likes of Sonic Frontiers, Sifu, Cobra Kai 2: Dojos Rising and ARK: Dinosaur Discovery, we’re back with Part 3 and of course, we’re kicking things off with Jurassic World Aftermath Collection:

Jurassic World Aftermath Collection is a suspenseful survival adventure. Crash-landing on Isla Nublar after the fall of the Jurassic World theme park, players find themselves trapped in an abandoned research facility when their mission to recover valuable information goes disastrously wrong. To survive, they’ll need to explore and solve puzzles while evading a menagerie of ferocious dinosaurs, including ravenous Pteranodons, cunning Velociraptors and the terrifying T. rex.

You are one of the last elite warriors of your kin, the Aragami. Victims of a supernatural affliction which corrodes the body and devours the mind, the Aragami control Shadow Essence – a mystical power which grants the ability to control the shadows. With this power the Aragami carry out their tasks and quests – assignments made all along the valley to ensure the subsistence of the village and to free the Aragami enslaved by the invader armies.

Based on the 2010 release, the game features improved graphics and sound, as well as updated game design, bringing to life a new Tactics Ogre that remains true to its roots. Tactics Ogre veterans will experience a game that surpasses their fondest memories, while players new to Tactics Ogre will discover a game unlike any they’ve ever played. Reborn and deeper than ever, the game enables players to immerse themselves in the world and intrigue of Tactics Ogre like never before.

Catch, battle, and train Pokémon in the Paldea Region, a vast land filled with lakes, towering peaks, wastelands, small towns, and sprawling cities. Explore a wide-open world at your own pace and traverse land, water, and air by riding on a form-shifting Legendary Pokémon—Koraidon in Pokémon Scarlet and Miraidon in Pokémon Violet. Choose either Sprigatito, Fuecoco, or Quaxly, to be your first partner Pokémon before setting off on your journey through Paldea.me the Ultimate Explorer?

All details regarding the games above were true at the time we sourced them directly from Nintendo’s own website. If there are any changes between now and each game’s eventual release, we apologize in advance and we hope you have enjoyed the selected titles so far. For even more games, we hope you come back for our final November instalment.