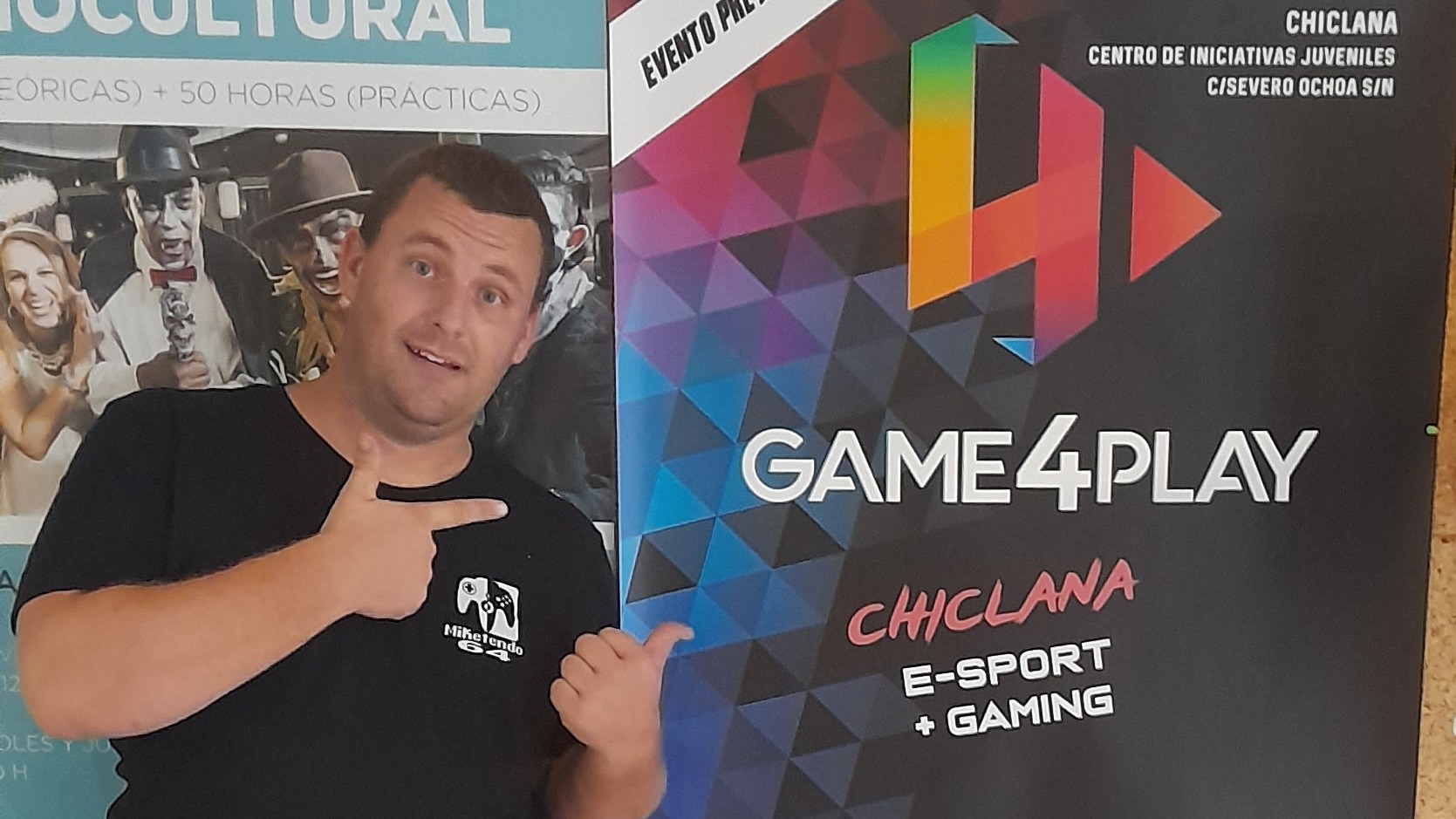 2022 has been quite a year for Miketendo64 in terms of attending gaming events. I alone have been to six different events in both Spain and the UK, including WASD, EGX, and Gamepolis. The latest event that I have visited was small scale in comparison to the likes of WASD and EGX but with free entry and literally being on my door step, it would have been silly of me to not go to Game4Play in Chiclana de la Frontera (Southwest of Spain in the Cádiz region), especially since I went to it last year as well and found it to be quite interesting.

Game4Play is a video game and eSports event that is hosted in select towns in the Sevilla and Càdiz provinces of Spain. The event provides the means for participants to play some of the latest video games and take part in eSports tourneys like Super Smash Bros. Ultimate, Tekken 7, Fortnite, Dragonball FighterZ, and FIFA 23. They also have other kinds of games availble like tabletop games, retro games, and VR.

The event was held in Chiclana for two days over the weekend (Saturday and Sunday) on October 22nd and 23rd. I went Saturday morning just as it was opening to get the lay of the land before it got busier later. The main hall of the venue would play center stage to the event with about a dozen or so PS4’s and PS5 ‘s set up on tables with TV’s in the middle of the hall. On one side of the hall, there were another four consoles and TV’s that were set up for the tourneys. It was here that people could sign up to play the likes of Super Smash Bros. Ultimate, Tekken 7, and the other games that were available in the tourneys.

On the other side of the hall was a large Super Smash Bros. Ultimate banner that wasn’t the full length of the “Everyone Is Here” mural but large enough to provide a full background for anyone else who wanted to take pictures on front of it. There was also a few tables and a stand dedicated to tabletop games for those interested in playing some board games and card games.

At the far end of the hall was a large stage where quizzes were being hosted for anyone who wanted to participate. There were 15 rounds of questions dedicated to anime, video games, and topics about Japan in general. I even gave it a try myself and was surprised of how much I remember on Dragonball Z and Digimon when I haven’t watched an episode of either in over a decade. The seating area in front of the stage would also be later used as part of a Q&A session with Twitch Streamer Petruska. I’m not familiar with her myself but she does have a following of 25k people on Twitch so there must have been a number of people at Game4Play Chiclana who know of her and came to the event to meet her.

The last thing I should mention about the hall was that there was also a photo call area as well. Last year there was a large Pikachu model but this time there was Super Mario. Naturally, I had to get a photo next to him in front of the Mushroom Kingdom backdrop and as he was doing quite a serious pose, I just had to follow his lead too, although I couldn’t quite pull it off as quite as good as Mario.

Connected to the main hall we’re a number of rooms that provided setups for other activities. One room was dedicated to VR and there were two headsets and their controllers connected up to monitors so that people in the queue could see what the player is seeing in the headset. This is such a good idea because it keeps the crowd entertained whilst they wait for their turn and they get a better idea as to why the person with the headset on is swinging their arms about like a loon (to be fair it was Beat Saber that people were playing so you kind of have to swing your arms around).

Other adjacent rooms were one that had a number of computers set up to play Fortnite and another was dedicated to retro consoles. While Fortnite is not a game that I play (I just know I’d get suckered in and be terrible at it), I did play a couple of games in the Retro area. One game was Mario Kart Double Dash on the Nintendo Gamecube which I played with my partner Veronica (Vero).

We played three races in total with me winning the first, me letting Vero win the second at the last second and the final race she won on her own steam. The Retro area was curated by another organisation called Retro Club. They are a Cádiz-based outfit that hosted the Retro Chiclana event earlier this year which I also went to. It was nice to bump into them again and seeing them collaborate with other event organisers.

One thing I did notice this year that was different to last year was the absence of merchandise stalls. I do love my merch after all but alas, there was none on offer this time around. Not a huge biggie but it is alway a nice bonus when you can buy cool video game goodies at a gaming event. Maybe, if Game4Play continue to grow, I would love to see some branded merch like hats, T-shirts and lanyards (I do love my hats and lanyards).

To summarise the experience of Game4Play Chiclana, it is the kind of thing that is good fun to go to if you are already in the area anyway. You probably wouldn’t want to drive 100 miles (or kilometres) just to see what was there. It was a pleasant gathering that had people of all ages coming together and have a enjoyable time. I do hope that Game4Play will continue to grow and bring their event to more towns so they to can enjoy the experience.