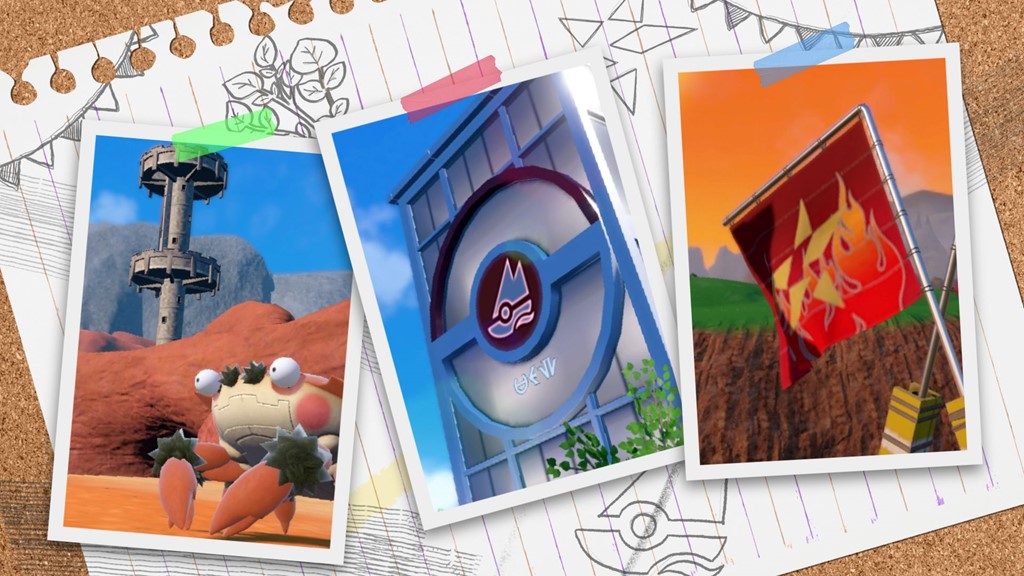 The Pokémon Company released a new trailer for Pokémon Scarlet and Pokémon Violet. The trailer is just over three minutes long and features three new Pokémon; Klawf, Armarouge, and Ceruledge, as well as the rival team of rebellious students Team Star, three different story arcs; Victory Road, Path of Legends, and Starfall Street. That isn’t all that was revealed today either, Nintendo has also announced that a Pokémon Scarlet & Pokémon Violet Nintendo Switch OLED Model will be releasing on November 4th.

If you would like to see the new Seek Your Treasure! | Pokémon Scarlet & Pokémon Violet Trailer, you can find it below along with the official press release with more details on the game’s newly revealed Pokémon and features.

Choose your own path in the Paldea region and face off against Team Star!

Your Own Story, Woven Through Your Treasure Hunt

In Pokémon Scarlet and Pokémon Violet, players are enrolled in a school that will host an independent study project themed, “A Treasure Hunt.” Three stories will be woven into the player’s adventures while traversing the sprawling Paldea region:

These stories are set in an open world teeming with Pokémon and people to meet, so players can determine which path to take and explore however they desire.

Let’s Go! A Handy Feature for Exploring the Paldea Region
Players can have one Pokémon out and walking with them in the Paldea region’s great outdoors. When they have a Pokémon exploring with them in the field, players can use the “Let’s Go!” feature to send that Pokémon off in the direction they indicate. The Pokémon the player sends out then independently picks up items in the area and even has Auto Battles with nearby Pokémon.

Armarouge’s set of armor belonged to a distinguished warrior and is the source of the energy used for its Psychic-type moves. It also uses the psychic capabilities of this armor to control the fire energy within its body and unleash attacks.

Ceruledge dons an old set of armor steeped in grudges and wields blades made of fire and ghost energy. In battle, these blades transform into great swords to increase Ceruledge’s power. Cuts from these great swords leave wounds from which life energy will flow.

The final revealed Pokémon Klawf can be encountered in both Pokémon Scarlet and Pokémon Violet.

Klawf can rotate their protruding eyeballs to see everything around them, eliminating all their blind spots. They can latch upside down onto cliffs to ambush their prey from above, however, they eventually get dizzy from the blood rushing to their heads, so they cannot stay upside down for very long.

On 4 November, a new Nintendo Switch – OLED Model Pokémon Scarlet & Violet Edition will be available in stores, featuring art inspired by the upcoming Pokémon Scarlet and Pokémon Violet. The console’s glossy white dock features the Legendary Pokémon Koraidon and Miraidon on the front and a design inspired by the series’ iconic Poké Ball on the back. The back of the console itself is adorned with special illustrations of the three Pokémon players can choose as their first partners in the game – Sprigatito, Fuecoco and Quaxly. The scarlet and violet Joy-Con controllers feature the school emblems of the Naranja Academy and Uva Academy.
Pokémon Scarlet and Pokémon Violet launch November 18 on the Nintendo Switch family of consoles. Pre-orders are available now via the Pokémon Center UK,  My Nintendo Store and Nintendo eShop.