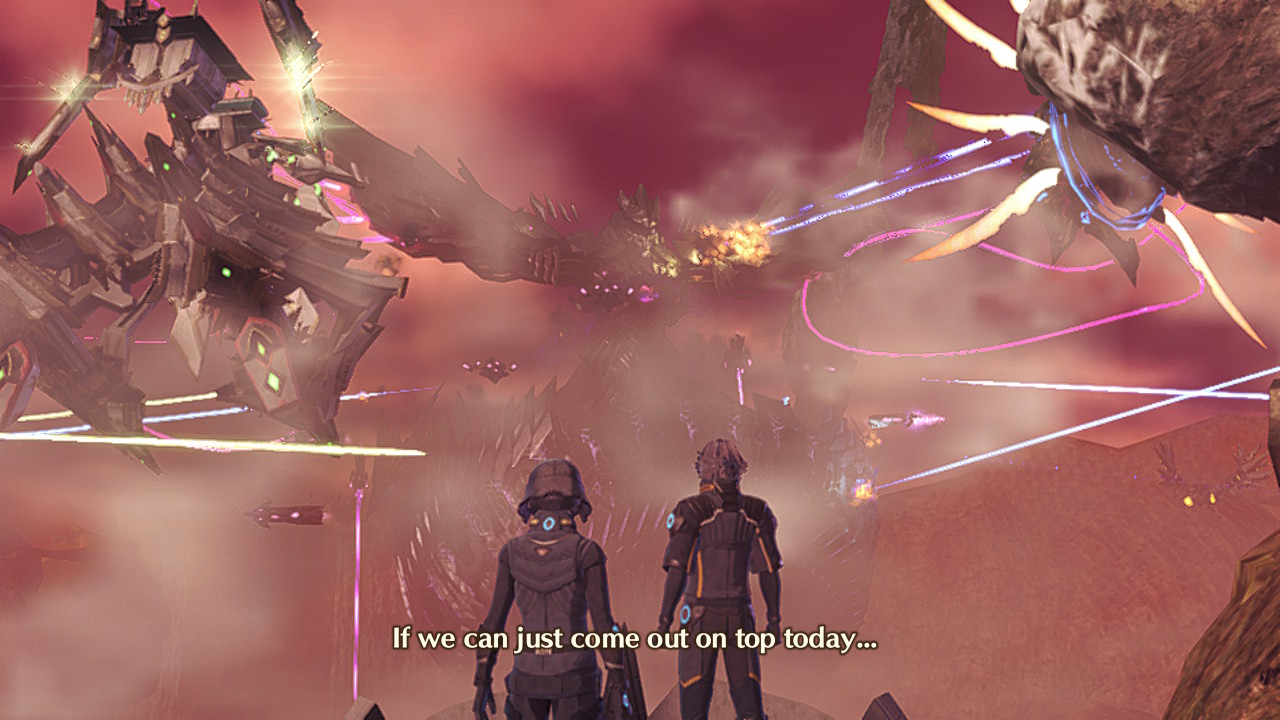 This moment has been a long time coming, but after speaking out on Xenoblade Chronicles 3’s, six previous chapters, the time has now come to speak out on the concluding part and I can’t wait to jump right into it:

Every journey comes to an end at some point and after more than 100 hours of glorious gameplay, I have finally seen the credits roll after successfully beating Xenoblade Chronicles 3’s final boss and now I am finally free to confess a few things. Firstly, as overjoyed I was to have a game like Xenoblade Chronicles 3 announced in the first place, I had a singular fear that I might not have the required free time to play it from start to finish.

Between work, family and other commitments, I was genuinely worried that I would not be able to give it the 100+ hours it deserves this year, especially not before the release of Splatoon 3, Mario + Rabbids Sparks of Hope, Bayonetta 3 and Pokémon Scarlet. Yet, somehow, thanks to cutting time where possible to free up my schedule, I was able to persevere and complete this behemoth of a game, to the best of my ability.

There are some outstanding things I still need to accomplish. A few outstanding quests to finish off, thankfully not the Nopon Registry one though, as that one is ticked off. A few more Ascension Quests to tick off, classes to max out and raising my affinity with certain colonies, but that’s it. I’m not quite sure how, but I have truly managed to put the time in, discovering every Secret Area, beating every Unique Monster and I feel great for it.

With everything left to do, I could probably do it within another 20 hours or so and am able to take my time with it, as they’re things I can tick off between playing other games. What’s even better is despite having the option to play through Xenoblade Chronicles 3 thanks to New Game+, at this moment in time, there is no real need to do so. Although there is much the game will let you carry over, in terms of progress such as unlocked classes, heroes, items and so much more, it’s still just going to be the same game I’ve beaten already.

It’s not like in Xenoblade Chronicles 2, where by playing through New Game+, players can go on to acquire certain characters as additional Blades. It’s literally just the same game all over again, with you forced to explore everything again to fill out the map, battle every Unique Monster you’ve faced already, and repeat every quest going.

Don’t get me wrong, I’m normally all for New Game+ and Master Modes, (looking at you The Legend of Zelda,) but this time around, it’s a process that feels completely unnecessary. Unless, of course, MONOLITH SOFT and Nintendo release future updates that wind up adding something extra to New Game+, be it something associated with the Expansion Pass, or completely separate. After all, with an in-game theatre supported, repeating certain quests might seem tempting because of their cutscenes, I could always just check them out via the theatre instead.

With regards to my second confession, it does directly pertain to Xenoblade Chronicles 3 itself. Having already played through what I felt was a short chapter that had great promise, but failed to deliver, personally speaking, I feel Chapter 7 misses its mark as well. There are some great moments, filled with tension, drama and emotion, but honestly, it’s the nonplayable characters that seem to shine here more than our heroes do.

What’s more, don’t get me wrong, it is fantastic to have (SPOILER ALERT!) the likes of Melia and Nia appear and stealing a bit of the spotlight for themselves, but story wise, they’re like a beloved cameo in a Marvel movie. Yes, one is the queen of Agnes and the other is the queen of Keves, but both characters as queens, just feel like they took the spot of other characters who could have been created. They are what seals the deal and firmly establishes Xenoblade Chronicles 3 as being a game that is the future to the worlds seen in Xenoblade Chronicles and Xenoblade Chronicles 2, but instead, they feel wasted.

It’s great once you beat the game and resume from your save spot that you can now go out and recruit both of them, to have them join you as Heroes, but it’s something to do when the big bad is beaten. They serve as a nice incentive to keep playing after the credits are over, and their Ascension Quests are an absolute must, but as far as the main game’s story goes, Melia and Nia are wasted.

They feel forced and when we finally start to get half of the answers we desire, it’s all a bit “meh.” I didn’t like Z from the outset and the more I heard about him, learned about him, the more of a disappointment he proved to be. To be brutally honest, I found Z to be ab absolute bore with very little reason and depth behind him. As a final boss, whilst the multi-stage battle itself was decent, he wasn’t.

N and M were far more compelling by comparison. Even D was far more entertaining and he was the first big bad we got introduced to. They clearly raised the bar too high and sadly, Z was unable to rise to the challenge. Still, to go from a negative to a positive, while the actual ending is not the most pleasing, at least the people of Aionios are.

Between exploring Origin Interior, the final location players are able to explore, and multiple battles against Moebius, there are fantastic cutscenes showing Aionios at war. Having gone from living to fight, fighting to live and fighting each other, at last Aionios is united and its people are directing their efforts on the true villains, as opposed to each other.

From funny banter, to Nia being a true darling, it’s hard not to like characters like Bolearis. Thanks to earlier story related content and side quests, Bolearis’ shining moment is made all the more glorious and very hilarious. It is moments and visually stimulating scenes like that why I love RPGs so much and will forever continue to do so. So, thank you Bolearis and thank you MONOLITH SOFT. This was not the Xenoblade Chronicles game I expected, but it’s certainly one I enjoyed from start to finish.

Despite a final boss who fails to leave a decent final impression, and two final chapters that feel rushed, Xenoblade Chronicles 3 is still a formidable masterpiece. The gameplay and worldbuilding in this instalment are the culmination of everything MONOLITH SOFT has managed to achieve with previous Xenoblade titles and is easily one of the best entries yet.

I do still believe that Xenoblade Chronicles 2: Torna ~ The Golden Country is the best in terms of story, as I love the fact going into the game, we know despite the heroes’ efforts, everything does end badly, but it’s still chaotically beautiful nonetheless. Having said that, there are plenty of things Xenoblade Chronicles 3 does perfectly, which do help to make up for its few short misgivings.

What’s more, having already vastly loved everything so far, I can’t wait to play through the future DLC on its way thanks to the Expansion Pass. The new original story scenario will have to wait until the end of 2023, but with wave 2 and wave 3 both promising a new challenge battle mode, new hero and new associated quests, it’s all going to be glorious nonetheless.