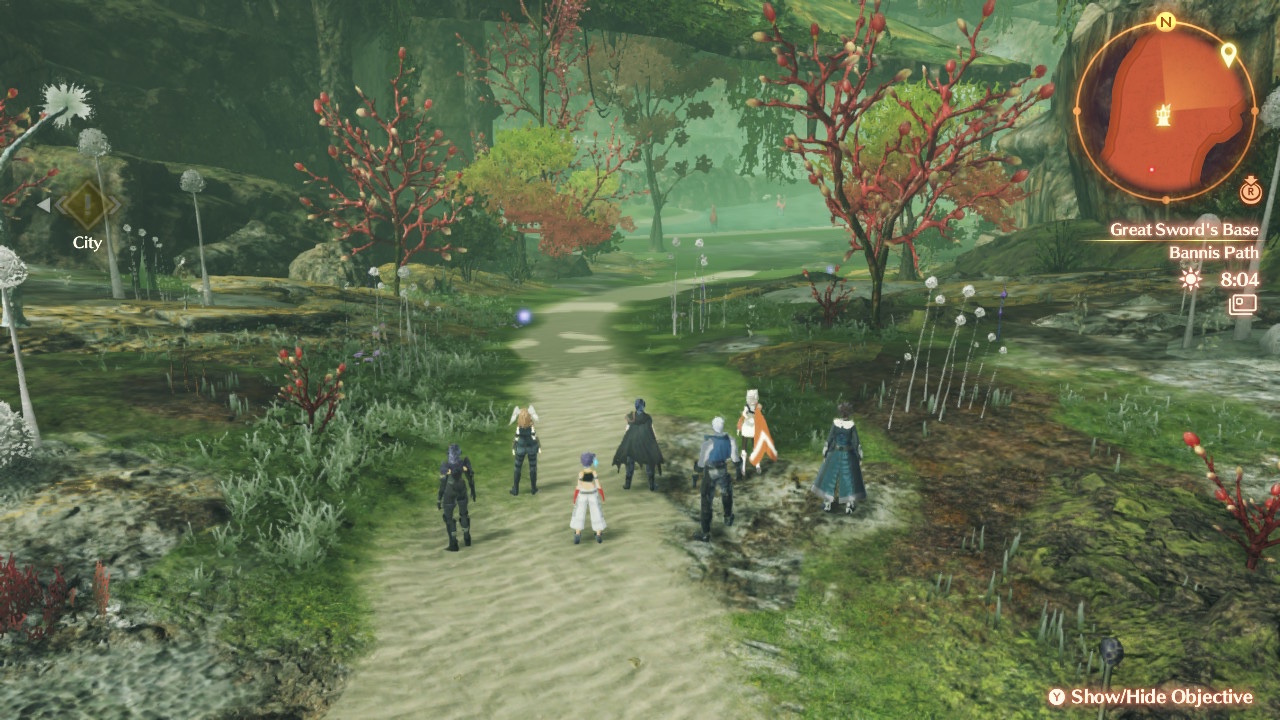 This is it, we’re in the big leagues now. With Chapter 5 at an end and the emotional trauma that came with it, still lingering, Chapter 6 has finally arrived. The time has come for almost all of the jigsaw pieces to fall into place as almost all of Xenoblade Chronicles 3’s story is laid bare, except it isn’t.

Instead, what we get is a Chapter than can be as long or as short as you want it to be, as the whole thing can easily be blasted through in a couple of hours and leaves us with more questions than answers and giving Chapter 7 the near impossible task of answering everything in the most pleasing way possible. Is Chapter 7 up to the task? I don’t know, I’ve only just started it, but it is only a matter of time before I find out for myself.

Thankfully though, to make up for Chapter 6’s shortcomings, for anyone that has been enjoying all of Xenoblade Chronicles 3’s side quests and Hero Quests so far, you’ll be pleased to know that Chapter 6 really likes to go all in on additional quests. Is it over the top with quests? Yes! Absolutely, positively yes. From fetch quests, to battle related quests and even raising Armu and Ardun quests, Chapter 6 is packed to the rafters with quests that will delight, annoy, frustrate and bore some fans, but we’ll still do them all the same, to suck up the world-building and lore of Aionios.

Don’t get me wrong, side quests are a favourite pasttime of mine in Xenoblade games and other RPGs, but there were times this Chapter almost broke me. I invested so much time into completing as many side quests and Hero Quests I could, including all Ascension Quests that were now available to me that I ended up spending well over 20 hours playing through everything that by the time I reached the end of the Chapter 6, everything that occured in the prison and the Agnus castle, it felt like a lifetime ago.

I felt good in myself for playing through everything and completing it all as I could, when I could, whilst also grinding character classes, that I had started to lose sight of the game’s story and found myself laughing. In the first five Chapters of the game, it was often mentioned that Mio did not have long to live.

First it was three months back in Chapter 1, but the more our heroes journeyed, the less days Mio had, for her days were well and truly numbered. Yet, despite knowing this fact, our heroes and players alike, could easily forget the story and send Noah and friends, off an an epic quest to help the people of Aionios, sacrificing Mio’s crucial time, without a care in the world.

Sure, there isn’t an actual ticking clock that counts down in the game, keeping track of how much longer Mio has to life, which continues to count, even when conducting optional quests, how cool would it have been if there was one? Could you imagine it? You finally reach Swordmarch in Chapter 5, but Mio died somewhere in Chapter 3, all because you wasted valuable time helping out Colony 9 or just wasted time by exploring every inch of the game’s many areas, before advancing the next one.

Obviously, none of this actually happens, but one still has to question the game’s in universe logic how one minute Noah is urging his team to press on, only to then abadon this sole desire because another Hero needs help, there are many containers that need to open, or, my personal favourite option, drops everything all because a Nopon has asked him to seek out other Nopon and collected coloured stones from them?

Still, perhaps I am being a little too hard on Xenoblade Chronicles 3, because let’s be honest, things like exploration and side quests in an RPG are every bit as important as clear-cut gameplay that plays to perfection, making combat effortless but challenging when faced with powerful opponents. Without them, an RPG would feel almost empty, especially if you were to ripe out the heart and soul of the game by not taking the required time to flesh out out the Heroes, characters, villains and other NPCs that call Aionios home.

So, thankfully, whilst making efforts to flesh out the game’s many characters in previous chapters, Xenoblade Chronicles 3 amps up the process and gives the people of Aionios more of a voice, in an effort to endear them to the player all the more and give our heroes more people to count on, as well as people to count on them, in their bid to eradicte Moebius.

Thus, if that was MONOLITH SOFT’s plan for this chapter, than they have pulled it off well, but maybe some of it comes a little too late, as some of the character development could have happened in earlier chapters, to help expand upon everything in the lesser hitting chapters, as it does come at the price of taking away from the game’s story this late in the game, when in particular, Chapter 6’s story is as short as it is.

Don’t get me wrong, it’s great Ascension Quests can get underway in Chapter 6, allowing players to go on other Hero focused quests with the Heroes they have acquired already, leading to their current class level being increased to 20, but, again, perhaps this is something that could also have started in Chapter 5?

I don’t wish to be negative about a game I am immensely enjoying, but with only one more Chapter to go, so much at stake and a lot of questions requiring answering, it does feel like some of Xenoblade Chronicles 3’s content has arrived a little too late and runs the risk of being over crowded in a final Chapter than has a lot to wrap up and answer for.

Given how emotionally charged the ending of Chapter 5 was, whilst I’m grateful for the many side quests Chapter 6 had to offer, which did help to add some added depth, Chapter 6 feels like one of the weakest chapters yet. From the actual beginning at the start of the Chapter to the end of the Chapter, story wise everything felt far too forced and progressed far too quickly. I know I’m nearing the end of the game, but the main events of Chapter 6 could and should have been fleshed out a little more, so that by the time the chapter does come to a close, it left one with a satisfying taste, instead of the bitter taste I got instead.