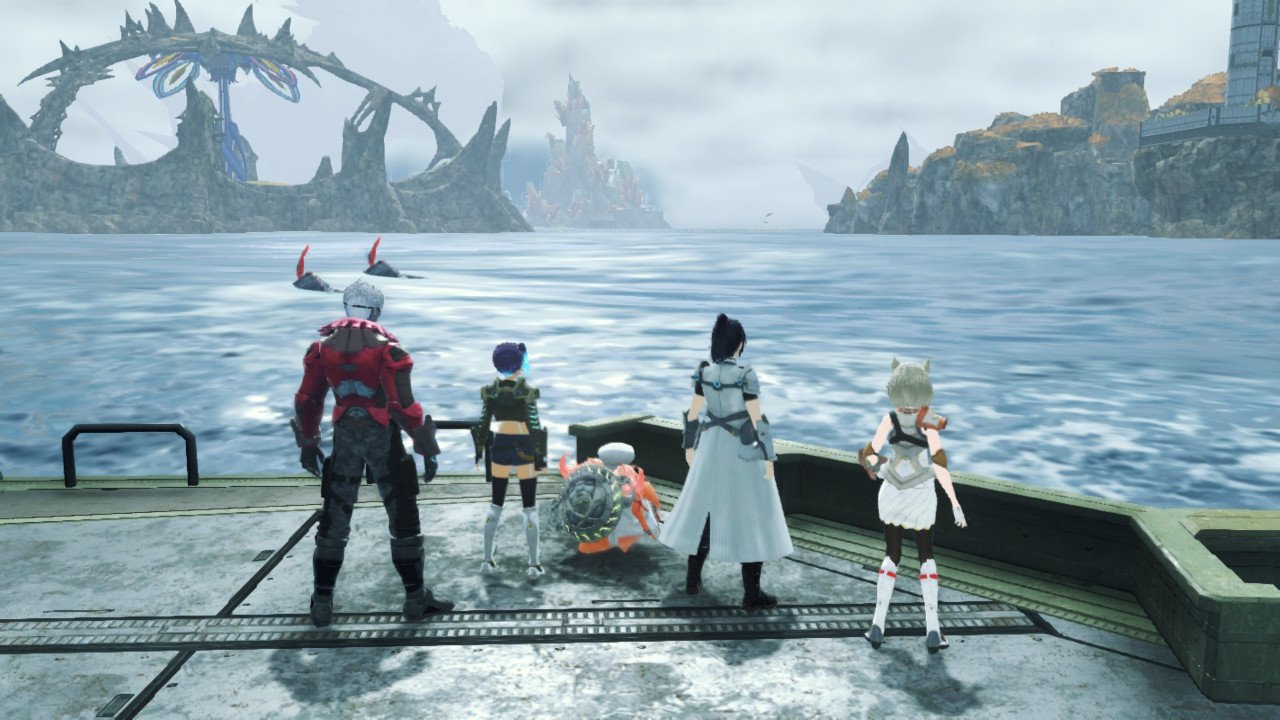 Just when you start to think you might know a game, out comes a curveball to change everything and that is precisely what has occurred during Chapter 5 of Xenoblade Chronicles 3 and here’s my many reasons as to why:

With the stakes now higher than they’ve been so far, Chapter 5 of Xenoblade Chronicles 3 starts off very strong and it ends even stronger. Despite everything our heroes think they know and believe, the time has come for what is left of their original reality, to be pulled out from them completely and replaced with undeniable truths and it all starts with Swordmarch.

Having been instructed to seek out the City in the very first Chapter of the game, the time has come to do just that as our heroes finally make it to Swordmarch and meet the Lost Numbers. With non-stop revelations, our valiant heroes soon find themselves setting off on a dangerous mission.

Of course, where there’s danger, there’s plenty of excitement and in this case, lots of water. Welcome to the Erythia Sea, such a vast, open and intricate setting full of booty, beasties and banging scenery. The Erythia Sea is the largest area yet and it is something of a time-killer. If you love to complete everything you possibly can before moving on to the next area, get ready to invest easily between 10-20 hours in discovering all Erythia has to offer, for it offers plenty.

Thankfully, despite featuring such a huge expanse of water and landmass, in the forms of small sandy beaches, caves that twist in differing directions, featuring branching paths and full-scale islands that have plenty going on, players will not be forced to swim everywhere.

Don’t get me wrong, there is plenty of swimming to be done, should you wish to fill up the many corners and edges of the map, but (SPOILER ALERT!) Chapter 5 of Xenoblade Chronicles 3, provides our heroes with a means of transportation, in the form of a vessel that you will either love or loathe completely.

Featuring a stylish, but sleek design, the controls for the ship are relatively simple in theory but can be bothersome when put into practice. Holding B will allow you to reverse, whereas using the ZR button will propel you forwards and the left stick is used for steering, but when you dedicate yourself to filling up the map and play with the map enlarged so you can see what you have filled and what you haven’t, the ship’s movements can start to become a hinderance.

Thankfully though, if you’re not overly bothered about filling the map up straight away, steering the ship is a lot easier as you can properly focus on your directional headings. Still, for those that seek adventure and have no desire to advance the story, you are not just limited to steering a boat.

As previously mentioned, there are plenty of islands to explore, containers to open and if you fancy taking on this sea of monsters and all the perils that come with it, then play on. Currently I have encountered more than 20 Unique Monsters in the Erythia Sea alone and, thanks to all the grinding I’ve been doing and quests I’ve been completing, I have defeated most of them too.

However, in my haste to focus on monsters over heroes, I did not complete the Hero quest that introduces us to Triton, until much later, which is a double tragedy. Firstly, because with Triton comes his Soul Hack ability, which when his class has been chosen for one of your heroes, allows your entire team to learn specific skills and arts learnable only by defeating Unique Monsters, but secondly, every pirate needs a pirate outfit.

By unlocking Triton and having each character rank up his class, they can then all look very stylish and dressed to perfection, thanks to his pirate-based attire. So naturally, having completed his quest later than I should have done, I took the high seas of the Erythia Sea and set about defeating every Unique Monster I had encountered and vanquished.

Thankfully, having been through it all once already and levelling up more than what I was when I started Chapter 5, the rematch battles were less of an issue and far easier to complete the second time around. The higher levelled Unique Monsters like Seadragoon Melchior (Level 85), still proved enough to be challenge that fighting them again felt enjoyable rather feeling like a chore.

All in all, Chapter 5 did a fantastic job of continuing Xenoblade Chronicles 3’s desired narrative and the world building just becomes all the more impressive. I did not expect to get an area as large as the Erythia Sea thrown at me, but it was well worth the time I spent completing quests, discovering new landmarks and rest spots and fighting sea monsters. You did good Chapter 5, but now it’s time to find out what Chapter 6 can do.