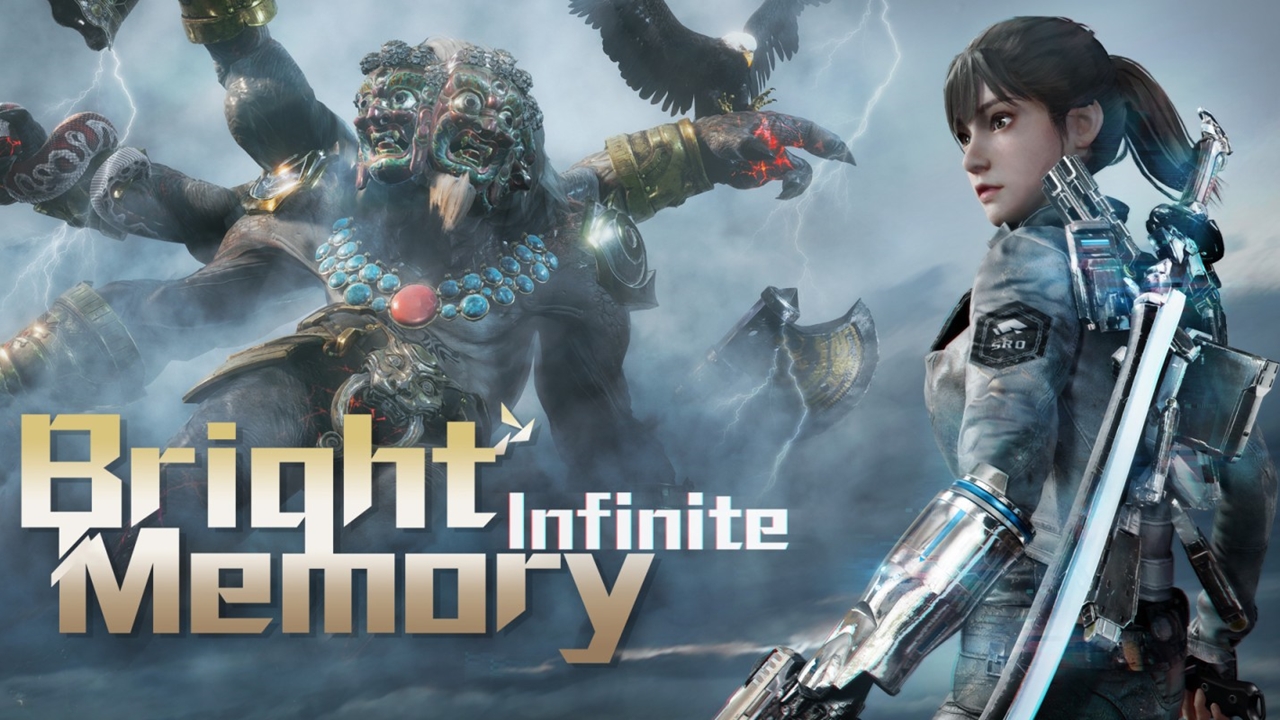 Welcome to EXPlay, (Explain & Play) the review series where we care not for scores but tell it how it is when it comes to every game we get our hands on, whilst also taking the time to include some lengthy gameplay, to give you the reader, the chance to shape your own impressions and views whilst watching and reading. In this installment, we’re covering Bright Memory: Infinite Gold Edition by developer Herobeat Studios.

A war is raging, a black hole is opening up, and in the distant future, you are an enhanced individual and the world’s only hope for survival. I think. I honestly don’t know if the story for Bright Memory: Infinite will make sense to anyone. The opening sequence is a bit jumbled, and throughout the game’s short campaign not much is revealed as to what is going on and who you are in the story.

Story beats aside, Bright Memory: Infinite is a sword and gun show where you play as Shelia an operative with the Supernatural Science Research Organization (SRO), and are tasked with figuring out the mystery of the impending doom brought on by the black hole. Jump to somewhere in Asia where armed soldiers and eventually a mix of historic sword and ax-wielders will soon disrupt your mission. If you are still with me, just note that the story takes a backseat to the action and isn’t really necessary for logic or sense.

Bright Memory: Infinite is an FPS that looks beautiful, mostly, and plays quickly as you pull the trigger aiming down the sights at enemies juxtaposed with juggling enemies in the air and slicing them to bits with your katana. Shelia also has the ability to slow enemies in their place or pull them to her with a Jedi-like force ability. Shelia can double jump across gaps and wall run in places around the map, though from time to time the double jump and wall running seemed to be a bit janky and not always work correctly.

If there’s one thing Bright Memory: Infinite does well is in its atmosphere. The weathered landscape is beat wet by the incoming storm. The rocks and mud look slick, even on the Switch’s lower-spec hardware. The sky is filled with crashes of thunder and bright bolts of lightning as the blackhole looms overhead.

One downside to the always-on storm is that some enemies can be difficult to see from a distance due to their dark uniforms. Like most FPS games though, you do get indicators that flash up as to where you are being shot from. That can be super helpful during battles when it’s you versus five or more soldiers.

You do get a handful of weapon types and bullet types as you progress in the campaign. Shelia can upgrade her abilities as well by finding artifacts around the maps. Since the game is short, roughly 2 hours for completion, and without much replay value, many will find the $20 price tag to be off-putting with how short the game is. The gunplay is a lot of fun and if you like Crysis and Devil May Cry style games, you might enjoy it. I found my time with Bright Memory: Infinite to be enjoyable, just don’t go in expecting a superbly told story or longevity in the gameplay.