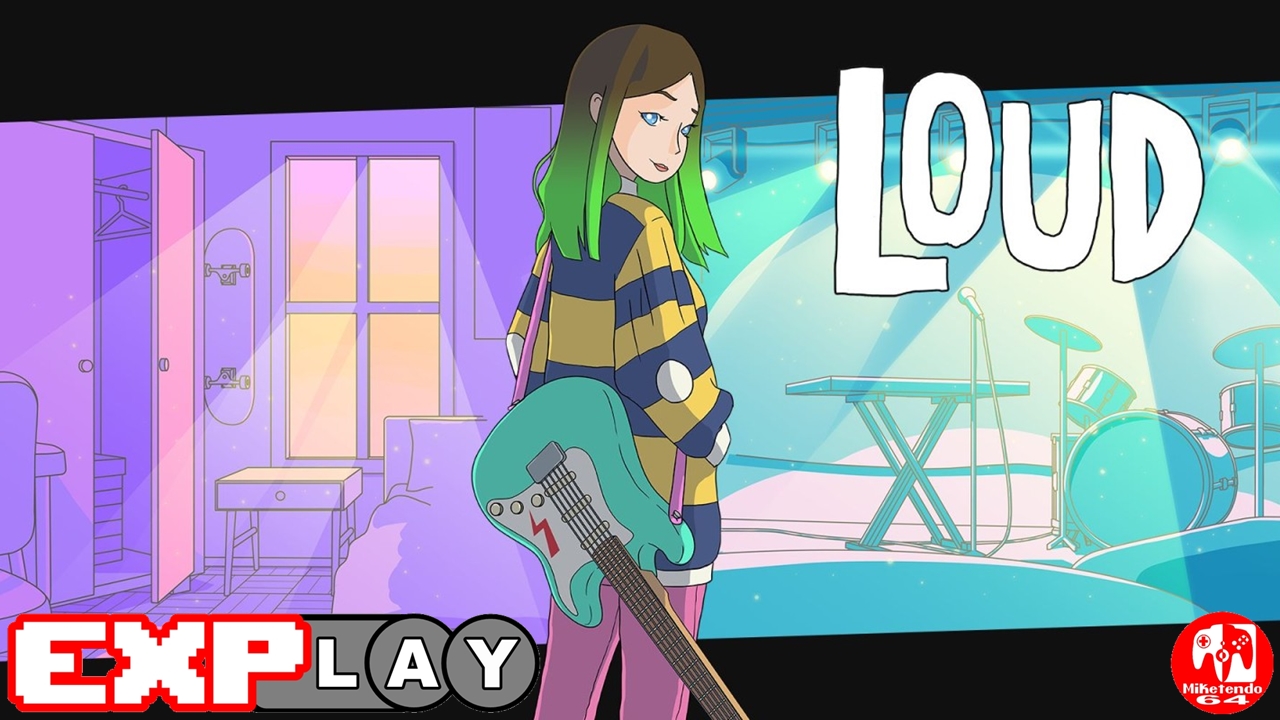 Welcome to EXPlay, (Explain & Play) the review series where we care not for scores but tell it how it is when it comes to every game we get our hands on, whilst also taking the time to include some lengthy gameplay, to give you the reader, the chance to shape your own impressions and views whilst watching and reading. In this installment, we’re covering LOUD by developer HyperStrange.

LOUD is a colourful rhythm game developed by HyperStrange and published on Nintendo Switch by QubicGames. It follows a young girl called Astrid who aspires to be a rock star just like her idols. She goes from playing in her room with a broomstick to her dad gifting her an electric guitar so she can pursue her dream. As she hits the streets to play her guitar, she soon finds herself contacted by a talent scout who takes a liking to her music.

As a rhythm game, LOUD is akin to the likes of Guitar Hero where you must press certain buttons at the right time.  However, unlike in Guitar Hero where you have four channels where cues travel down, LOUD has six (three on the left side of the screen and three on the right side) and requires pressing the Up, Down, and Left buttons on the Left Joy-Con and the X, A, and B buttons on the right Joy-Con when prompted.

Cues travel down multiple channels and you have to press the correct button in time when the cue passes through the “goal”. Doing so will score you points with more points for perfect timing. Multiple successful presses will increase your score and combo. On the other hand, failure to press the button in time will net you with a miss and will reset any combo that you may have racked up.

There are 14 playable stages in LOUD and each has three difficulty levels (with an extreme difficulty that can be unlocked later). As you progress through the game, the stages will take place in different locations like the bedroom, a train station platform and a studio booth. The game has 14 different music tracks plus a bonus song to be unlocked. You can also unlock outfits and other guitars that you can use to customize the look of Astrid as you play.

LOUD is not a particularly long game and can be beaten within a couple of hours at most. It does have replayability value though as you can go play any level that you have unlocked to try and get a better score or play on a harder difficulty. While you can play this game with a Pro Controller, I personally find it easier with the Joy-Con as the Left Joy-Con has independent buttons rather than a D-pad. The D-pad on a pro controller can be rather clumsy as the input can be read incorrectly (like reading the input as up as opposed to left) and can cost you points.

If you enjoy rhythm games, you can’t really go wrong with LOUD. It has an artistic charm and a seriously rocking soundtrack that for $12 bucks isn’t going to break the bank and it is surprisingly addictive too.