Boss Rush and More to be Added to Pokémon UNITE 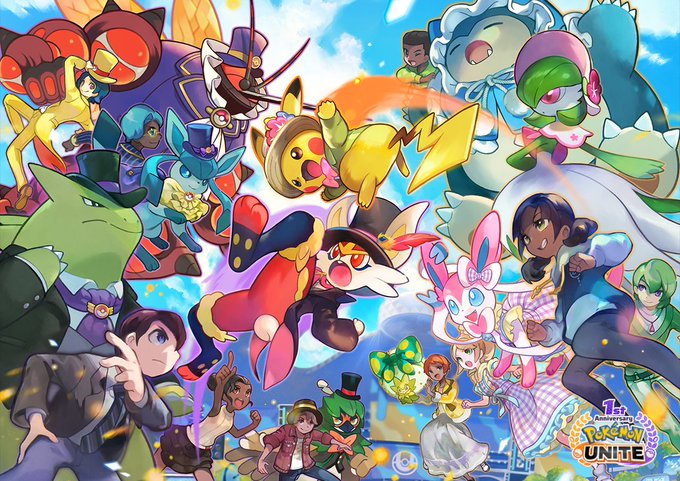 With Pokémon UNITE celebrating its first anniversary this year, celebrations are already underway as part of a series of events that will see the likes of Glaceon, Buzzwole and Tyranitar added over the next five weeks, a new Boss Rush mode and other new content. For all the details taken straight from the celebratory announcement, we have them right here:

More Pokémon for Everyone:

Three new Pokémon will boldly enter the fray, starting with Glaceon, the Fresh Snow Pokémon, on July 21, 2022. Trainers interested in harnessing Glaceon’s freezing force can take part in the Icy Glaceon Challenge running Thursday, July 21, 2022, at 12:00 a.m. PDT to Sunday, August 14, 2022, at 4:59 p.m. PDT. By completing the necessary missions, players can earn Glaceon’s Unite license. Other Pokémon that will be making their Pokémon UNITE debut during the anniversary festivities include Buzzwole on Wednesday, August 3, 2022, and Tyranitar on Monday, August 15, 2022. Check back for more information about these new Pokémon’s roles and special attacks.

Take on a new type of quick battle with Boss Rush. In Boss Rush, players team up to defeat powerful bosses and earn thrilling rewards. Fight hard and fight smart, because the higher your Unite squad’s score, the better the rewards. Boss Rush will be available at three different periods during the anniversary celebration:

Let there be Cake: