[Feature] Having A Blast At Too Many Games 2022 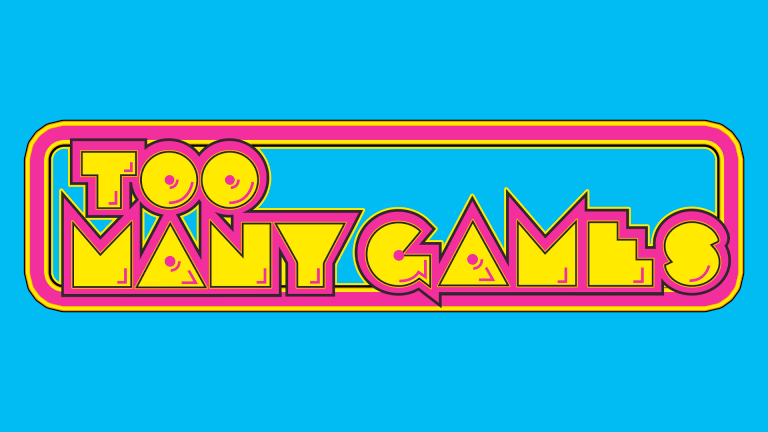 Too Many Games 2022 at The Greater Philadelphia Expo Center in Oaks, Pennsylvania kicked off June 24-26. The Great Philadelphia Expo Center has hosted the event several years in a row now and this was my third year going as a representative of Miketendo64. Leading up to my arrival at the hall this year I was stoked to meet up with several indie developers that would be showcasing their games once again, or for the very first time, in playable demos and as games for sale throughout the exhibition area. For me Too Many Games is a great place to sit down and talk with Indie Game developers, many of whom I was able to interview and get to know during my time there.

Before I get into the indie game scene, I want to give you a brief synopsis of the rest of the convention. In the main, and largest area there were rows and rows of booths of vendors selling classic and new games from NES and Atari, all the way up to PS5, Xbox Series, and Nintendo Switch. Along with vendors selling games there were booths for artists and craft makers selling handmade paintings, 3D printed collectibles, t-shirts, stuffed animals, cosplay props, and more. The number and variety of booths this year was massive, as Too Many Games took over the entire hall which nearly doubled their space compared to previous years.

As you entered the center, off to your left, there was an area where you could play retro arcade classics, and console classics hooked up to TVs with 2-4 chairs around them based on the number of players needed. I spent a good bit of time with Morgyn, my 14-yr-old daughter, in the games area where we played some Japanese arcade games. One game was a table where you had to push buttons to push back beams of light to the opponent where hitting them at the right time meant they shot back quicker. We also had a chance to play a game that required bouncing ping pong balls off drum-like platforms in a certain rhythm. That game was difficult but it was fun to play and we laughed a lot as we tried to get the order.

Throughout the weekend and the hall there were several areas where various panels were taking place. Due to my scheduling and spending most of my time chatting with indie devs on the second day of the convention, I missed going to any panels this year. There were several Youtube personalities, as well as a few notable video game voice actors there again this year that spoke to the crowds.

There was also a cosplay wrestling showcase and cosplay contest for convention participants to take part in. Speaking of cosplay, just like any comic or video game convention there were loads of Links and Zeldas, Marios, Luigis, Princess Beaches and Bowsers, Mobile Suit Gundam characters, various anime, Final Fantasy, Kingdom Hearts, Star Wars, Lord of the Rings, furries, and many many more. Most of the well-known fandoms were represented well by the cosplay scene.

The main event for me though, was the indie game developers. I met with the creators behind upcoming games like Me & I, The Newtown Mystery, and Squirrely Roo Rabbit. There were also a few game devs I got to talk with that have games already available like Jump Rogi and Kung Fu Kickball.

Me & I is a single player puzzle platform game built for Steam Windows and MacOS, with a planned Switch release, as well. The main gameplay loop has you switching between your adult and child self as you work through the story of connecting with your mother. I had a chance to talk with writer Kelsey, Obert the programmer, and Mark the games’ composer who were each in attendance at Too Many Games.

Me & I was developed after a one week game jam that led to the game getting a full release where the team has worked to flesh out the game mechanics, story and writing, music, and more. The game has a black and white aesthetic, though some of the visuals are going to be changing before release which I got a sneak peak at while at Too Many Games.

Kelsey, Obert, and Mark shared a bit about the games’ development process along with some of the positives and negatives from the experience. Kelsey liked the way the game loop came together as the idea of switching between the adult and child versions of the main character created new ideas and influenced the puzzle mechanics. Obert has been ironing out bugs and stated that sometimes squashing one bug could result in two in its place as well as technical challenges.

The team shared that they are working to iterate quicker by building out various prefab systems and templates for level design that can be easily changed to build out larger areas and puzzles.

Jump Rogi was one of the more interesting indie games that I played and beat while at Too Many Games, but that doesn’t mean it’s not a great game. The story behind the game melds the study of speech-language pathology and gaming together to help parents and children that may be struggling with stuttering in social situations to overcome obstacles.

Without spoiling things, since the game is a short 10 level experience with some dialogue between gameplay moments, I really do think you should give it a try. If you know someone that may benefit from the work of Erik X. Raj, check out his website https://erikxraj.com/ and share the PDF with your school or college counselor or other speech-language professionals

A game which has already been released, Kung Fu Kickball, may have just been the most fun I have had at a video game convention in a long time. I had a chance to sit down and play this 2v2, Smash Bros. meets Rocket League style multi-player soccer game.

The main premise of the game is getting the ball to the opposite end of the field of play by kicking, spin-kicking, evading, dodging, and tackling your opponents all while avoiding getting knocked down yourself. One either side of the multi-level fields consisted of angled inclines, platforms, and hazards along the way you need to hit the bell/gong on the other side.

I played several matches alongside other Too Many Games’ attendees for roughly an hour. The gameplay is fast and frenetic with buttons operating your kicks and dodges, and movement being controlled by the left stick. There’s 6 levels to play on and 8 characters, inspired by movie and tv tropes with kung fu inspired designs. The game does have an online multiplayer and tournament bracket set up so you and your friends can see who truly is the best at Kung Fu Kickball. I would recommend jumping on the eShop and picking this one up – https://www.nintendo.com/store/products/kungfu-kickball-switch/ – and show the dev some love.

The Newtown Mystery is one of those games that when you look at it you just see the charm of the hand drawn characters and instantly connect with them. In The Snow Studios is a group of friends brought together in college that have worked on a few games now and are working on their first paid game project. In The Newtown Mystery you play as five friends some of which are shape shifting monsters each with their own powers and abilities.

Think the Scooby Doo group of unlikely friends and a Halloween inspired game with an overarching mystery across four to five levels and that sums up The Newtown Mystery game. I had a chance to walk around some of the hub world and a few levels during my time with the game. In one section I walked and chatted with towns folks, each character had various lines of dialogue based on which character you are currently playing as. The dialogue is rich with humor and referential material citing pop culture and nerd culture. The developers are expecting to have a Kickstarter soon and want to launch on Steam and Switch in 2023.

Squirrely Roo Rabbit is a game that takes inspiration from Paper Mario/Yoshi’s Crafted World and is based on color theory. The 2.5D painterly characters and world pop into place much like a pop-up book. I saw the game two years ago at Too Many Games and there have been a lot of changes to the game code, gameplay, and visuals since 2020.

In the game you play as Squirrely Roo Rabbit a combination squirrel, kangaroo, and rabbit. There’s a small chameleon in your pouch that helps you combine fruit you find into colors that are used to solve puzzles. There will be several different colors and combinations to make and use in the game. There is an older demo available on itch.io that isn’t representative of the current game though it does give an idea of the gameplay mechanics of Squirrely Roo Rabbit. The game is currently on pace to be released in 2024 on Steam and Switch. Game designer/developer, Ashley, is hoping to release the game for around $30.

Too Many Games once again delivers a great experience for video gamers and the indie game developer community. With a larger space this year, it was great to be a part of all that was going on at the convention. If you are in the Oaks, PA area I would recommend going to Too Many Games in 2023 and beyond.