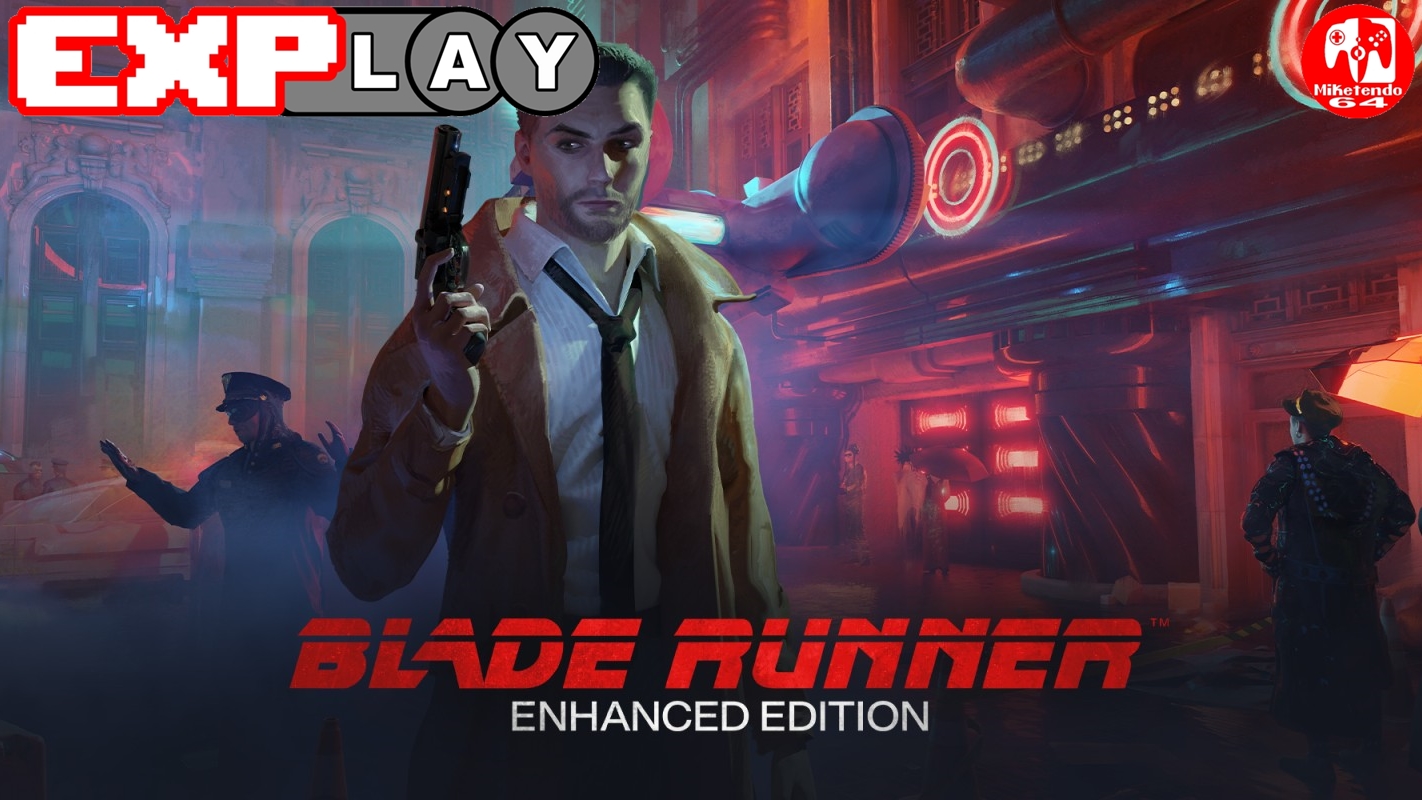 Welcome to EXPlay, (Explain & Play) the review series where we care not for scores but tell it how it is when it comes to every game we get our hands on, whilst also taking the time to include some lengthy gameplay, to give you the reader, the chance to shape your own impressions and views whilst watching and reading. In this installment, we’re covering Blade Runner: Enhanced Edition by developer Nightdive Studios.

In 1997 Westwood Studios, known for their iconic Real-Time Strategy game series Command & Conquer, released a video game adaptation of sorts of the 1982 Ridley Scott film Blade Runner. I say “of sorts” because it was not a direct adaptation but an original story that runs parallel to the events of the film. Nightdive Studios have picked up the license and have brought the game to modern consoles in the form of Blade Runner: Enhanced Edition.

Blade Runner: Enhanced Edition is a point and click adventure game set in the then “near future” of 2019 (well, the near future for 1997 that is) and follows Detective Ray McCoy who is investigating a case of brutal animal homicides. The homicides seem to have been caused by a group of dangerous androids called Replicants that have been bioengineered to look like humans.

In the game, you can control a cursor and use it to move McCoy around and interact with the environment. The cursor is white by default but it turns green when placed over objects you can engage with or people that you can talk to and interrogate. When the cursor turns blue, it indicates areas where you can move to a different location. The general idea of the game is to visit different locations and gather clues and testimonies and organizing them in the KIA database in order to crack the case and track down the assailants.

The original game was a cult classic and was revered for its character rendering and the real-time progression of the game world that didn’t depend on player actions to progress the story.  A number of the original film cast also returned to voice their characters in the game (with the exception of Harrison Ford who played the main character Rick Deckard), which helped make the game feel much more relatable to fans of the film.

In keeping with Nightdive Studios vision, Blade Runner: Enhanced Edition has made a few adjustments and enhancements to the game whilst keeping it true to the original version of the game. The game may not look like it was overly improved compared to the original but what work was done included 60 frames per second, 4K resolution (for PC, Xbox, and Playstation) a modern HD display, a new KIA clue interface and the implementation of the original foreign language translations that were intended but never actualized in Westwood Studio’s version.

With all said and done, Blade Runner: Enhanced Edition may not appeal to everyone. It was a cult classic and innovative for its time. New players may struggle to adjust to it’s visuals and playstyle but this remaster has mainly been brought back from obscurity for its die-hard fans who fondly remember the original and may wish to experience the game again on modern consoles.