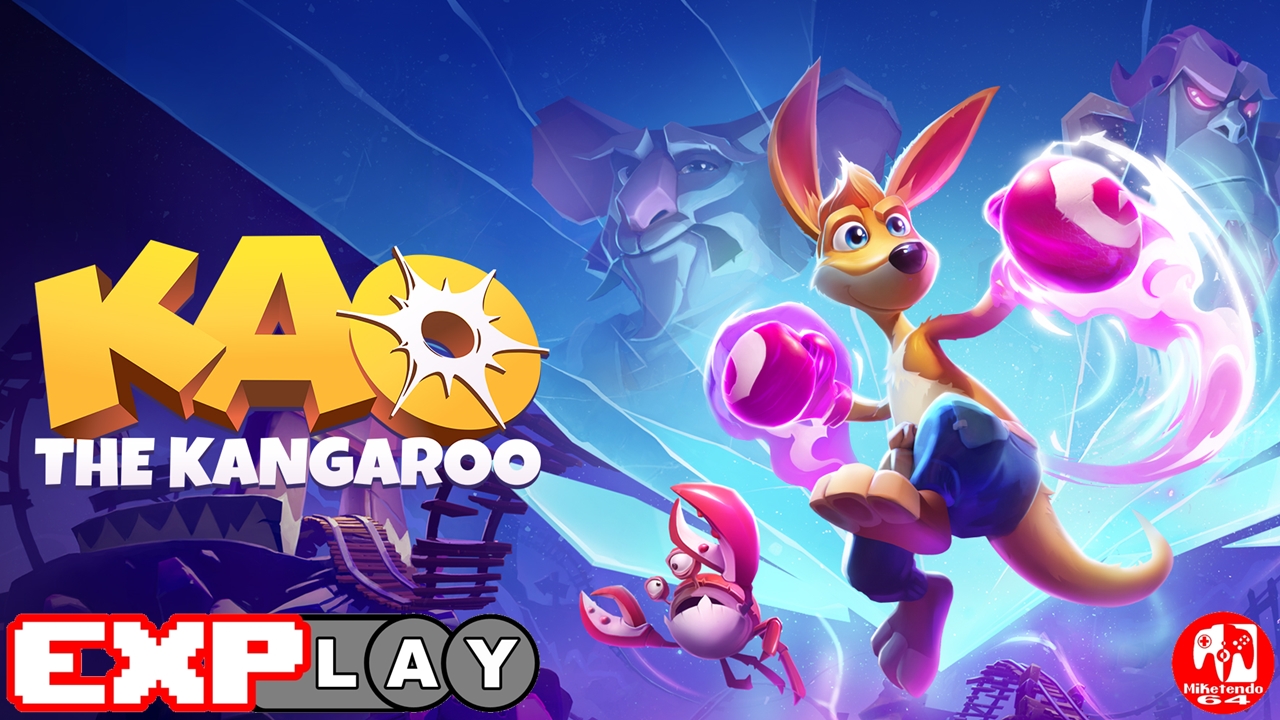 Welcome to EXPlay, (Explain & Play) the review series where we care not for scores but tell it how it is when it comes to every game we get our hands on, whilst also taking the time to include some lengthy gameplay, to give you the reader, the chance to shape your own impressions and views whilst watching and reading. In this installment, we’re covering Kao The Kangaroo by developer Metaboo.

Kao the Kangaroo: (The Explanation)

You control Kao by moving with the left control stick. You can jump and double jump with a single or double-tap of the B button. While in the air, Kao can swing his tail with Y or ground pound with B+A together. Once you build up your attack meter you can unleash a strong attack with X. Throughout some of the early levels I came across rocks and boomerangs that I could pick up and throw with the ZR button.

Like most 3D platform games you can also swing the camera around with the right stick. I did find the camera was a bit tougher to control and would sometimes hitch to geometry inside houses or tight caverns.

The early game sees you learning your moves in a tutorial dojo stage where you connect with Walt a koala mentor. Kao starts the game by waking up from a dream where he sees his sister in danger. After a conversation with Walt and finding his father’s boxing gloves, Kao embarks on an adventure to fight back the purple glow, called the Terror, infecting his homework.

Kao the Kangaroo carries many similarities with classics like Super Lucky’s Tale, Ty the Tasmanian Tiger, Crash Bandicoot, and Banjo-Kazooie. There’s a lot to collect in Kao the Kangaroo from K-A-O golden letters, tons of coins, and extra lives hidden in far-reaching places.

While you jump platform to platform you will need to contend with vines that want to attack you, claw traps on springboards, and pufferfish that spit fireballs. While navigating the platforming you may need to hop over deep water which will lead to your death. Jumping in Kao the Kangaroo is a bit less precise; I feel than the Mario games which are the gold standard for 3D platformers.

The world of Kao the Kangaroo is vibrant and colorful. The characters that dot the hub world have things to say, though most of them only speak in text boxes. The cast of NPCs is a variety of kangaroos, pelicans, and other creatures native to Australia.

Enemies vary in designs and types as well. In the early levels, I encountered crabs, poisonous spiders, frogs, and flies. Most of the enemies were easily dispatched with a 1-2 punch combo or a ground pound. The flies and jumping pufferfish required the use of the tailwhip to defeat them and send them on their way.

After playing Kao the Kangaroo, I am still undecided on whether or not I enjoyed the game. There wasn’t much in terms of gameplay hook that keeps me wanting to go back and play more I currently am not ‘feeling’ the jumping in the game, which is ironic considering Kao is a kangaroo. I can’t quite put my finger on it, but it just doesn’t feel as precise in the way that I had hoped. If you are a fan of the series, which I had not heard of or played in the past, you might want to pick this one up.