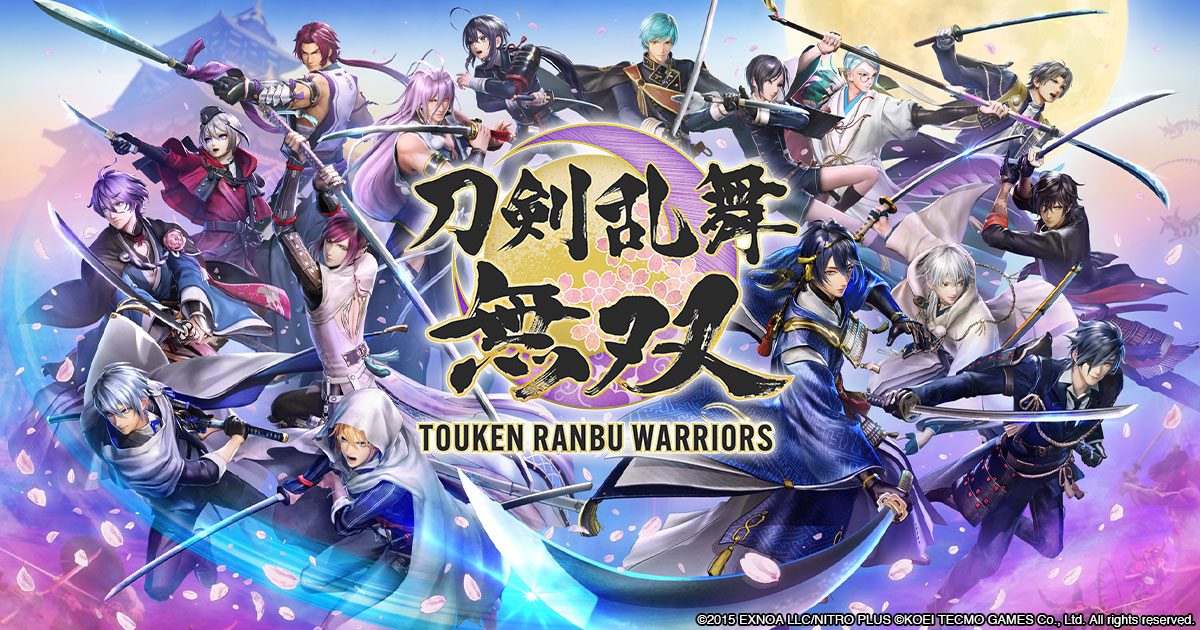 With Koei Tecmo set to release TOUKEN RANBU WARRIORS on May 24, 2022, the company has some big news to share. As of today, anyone looking to try out the upcoming musou will be granted the opportunity today thanks to the release of a demo for both Nintendo Switch and Steam.

With the demo, it has been said players will be able to play through the game’s entire prologue, have access to game’s 15 characters and your progress will be carried over to the full game, should you like what you see and choose to purchase the full game.

Additional information from Koei Tecmo regarding this announcement can be seen here:

The Touken Ranbu Warriors demo features the main game’s prologue, including 15 playable members of the Touken Danshi. The save data from the demo can be carried over to the full version of the game, allowing players the ability to seamlessly continue their journey for justice. In addition, players will be able to capture their favourite scenes of the demo in Photo Mode and post them to Twitter. Three lucky fans who post a picture will be selected at random to receive a limited edition Touken Ranbu Warriors poster and a digital copy of the game on the platform of their choice!

“Touken Ranbu Warriors” is an action game that is a collaboration between the “spirits of blades” simulation game “Touken Ranbu -ONLINE-” presented by DMM GAMES and NITRO PLUS, and the thrilling “1 vs. 1,000” WARRIORS series of KOEI TECMO GAMES.

“Touken Ranbu” is in 3D at last. Witness the most beautiful graphics in the history of the WARRIORS series.

The Touken Danshi characters, which will be familiar to fans of the source material, rush about the battlefield in 3D.
In addition to the thrilling action you expect from the WARRIORS series, you can enjoy battles with a plentiful variety of animations, such as battling together with a partner and dueling.
Experience battles with the Touken Danshi that are both fierce and beautiful.

Fifteen blades incarnate from a drifting honmaru base set out on a historical drama in the Sengoku Era. Experience an original epic story that can only be found in this game.

The Touken Danshi, 15 blades incarnate who had been drifting aimlessly without a Saniwa master, are suddenly attacked by the History Retrograde Army.
After the battle, they are assigned by the Government of the Time to undertake “onslaught investigations.”

The masterless blades have no choice but to depart for the chaotic world of the Sengoku Era, whose history had already begun to be altered.

The honmaru serves as the base of the Touken Danshi. Enjoy tons of special events and elements that can only be found in this title.

The Touken Danshi can be placed freely within the 3D-depicted honmaru, the characters’ base where they live.

Players can also see how the Touken Danshi are doing at the honmaru, as well as view original events unique to this title in which they interact with one another.

Between battles, players can take a break and enjoy mini-games such as “Pose Matching” and “Tag.”

Photo Mode, in which players can take pictures of the Touken Danshi and post them to SNS, is also included.

Easy Mode has been included, so even players who are less proficient at action games can control the game easily.

Two types of controls are included: “Regular Mode,” which features the control scheme traditionally used for the WARRIORS series, and “Easy Mode,” which uses controls for players less proficient at action games.

The latter only requires simple button inputs, so players will be able to enjoy the beautiful actions.