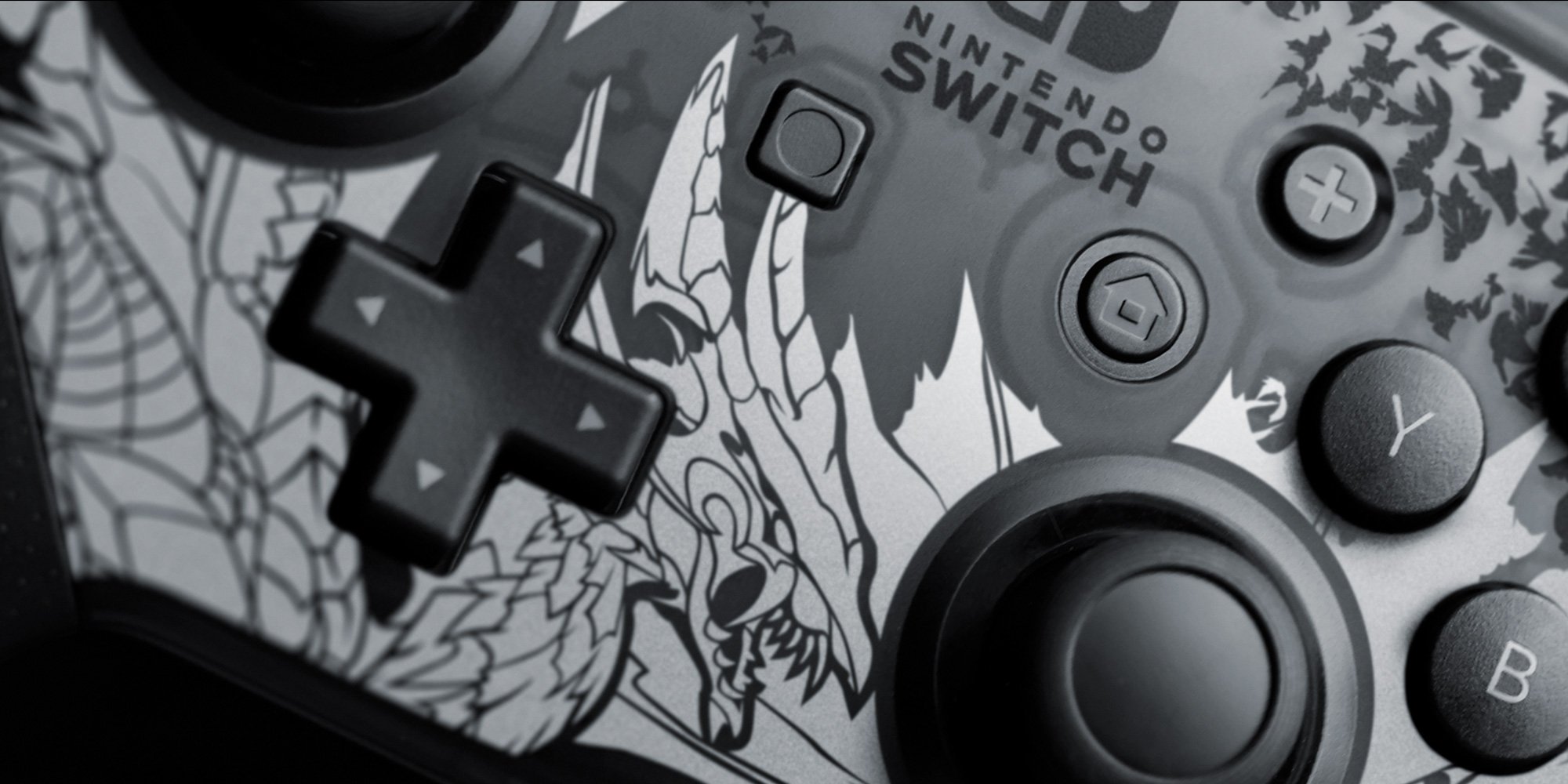 As part of an extensive digital event dedicated to MONSTER HUNTER RISE: SUNBREAK, which aired earlier today and covered the expansion in great detail, a new Pro Controller has also been revealed and it looks positively gorgeous:

The new Pro Controller is set to go on sale on June 30, 2022. For other details pertaining to what was revealed during the presentation, we have that information here:

Known as the “thousand-edged dragon”, the Flying Wyvern Seregios makes a triumphant return in Monster Hunter Rise: Sunbreak. This incredibly territorial combatant is known for its high-flying maneuvers and incredibly sharp Bladescales coating its body. Hunters caught unaware when Seregios sheds its scales run the risk of receiving the “bleed” status, so they should keep their weapons sharp and their wits sharper. In addition to returning monsters receiving new abilities and behaviors when appearing in Master Rank quests, two new subspecies for monsters introduced in Monster Hunter Rise will be arriving in the expansion. The newly unveiled Aurora Somnacanth releases a constant chilling mist that threatens to freeze anything that gets too close. This adaptation allows it to smoothly glide across ice to strike prey, and exhale a powerful ice breath. Magma Almudron on the other hand, prefers the intense heat of the Lava Caverns, and augments its attacks with molten stone to overwhelm any would-be hunters.

While all of these monsters are more than capable of bringing hunters to their knees, the Elder Dragon Malzeno has the capacity to bring entire kingdoms crumbling down. Malzeno commands a mysterious swarm of parasitic entities that capture and then absorb the energy of their prey. When engaging directly in combat, the Elder Dragon attacks with an elegance and ferocity worthy of its inspiration, the vampire. Once it inflicts its prey with the “bloodblight” status, the two begin a duel to determine whose life force will run out first. Should the hunter fail, Malzeno evolves into an even more terrible form to wreak havoc on their surviving foes.

In order to meet these calamitous forces head-on, hunters who arrive at Elgado Outpost will need to find new ways to approach combat. While Kamura village is renowned for its unique Wirebug techniques, including Silkbind Attacks and Wyvern Riding, hunters summoned to the Kingdom will learn new Switch Skills and also have the ability to use the new Switch Skill Swap ability. Switch Skill Swap enables hunters to assign Switch Skills to two different loadouts which can be changed on the fly during a hunt. The added flexibility of choosing which skills are best for any situation allows a practiced hunter to overcome almost any obstacle. Hunters who find themselves under attack while performing a Switch Skill Swap can also perform a Swap Evade in any direction to avoid danger, or reposition for a continued assault. Hunters interested in learning more about the new Switch Skills coming each of the 14 weapon types should head to the official Monster Hunter social channels starting on May 16 to catch a series of short videos exploring each weapon.

Monster Hunter Rise: Sunbreak also introduces new ways for players to bond with game’s charming cast of characters through new Follower Quests. These single player hunts allow players to accept and complete quests with their favorite story characters. Each Follower has their own specialization, and will even assist players by recovering their health, placing traps, and even riding monsters to turn the tide of battle. Members of Elgado Outpost such as Fiorayne, Luchika, Jae, Admiral Galleus, and Master Arlow will be accessible as Followers, in addition to members of Kamura Village such as Hinoa and Minoto. Players will unlock Followers as they progress through the story, and can even earn exclusive rewards for completing Follower Quests.