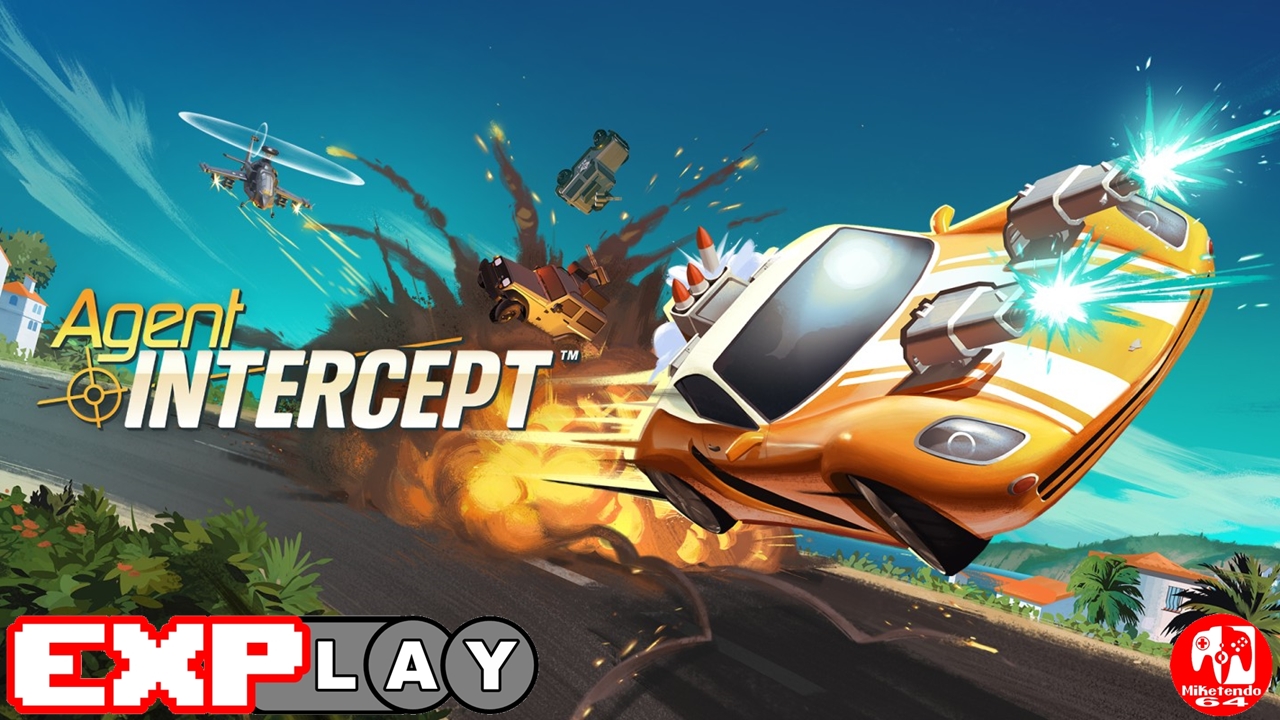 Welcome to EXPlay, (Explain & Play) the review series where we care not for scores but tell it how it is when it comes to every game we get our hands on, whilst also taking the time to include some lengthy gameplay, to give you the reader, the chance to shape your own impressions and views whilst watching and reading. In this installment, we’re covering Agent Intercept by developer PikPok.

Agent Intercept is an arcade driving game by PikPok that is inspired by the legendary Spy Hunter series. It features a state-of-the-art spy car with snazzy gadgets and high-tech transformations that happen in an instant as the car goes from the road, to off-road, on water and even takes to the skies.

In Agent Intercept, you take on the role of an unnamed agent who works for a spy agency and drives the super spy car known as Sceptre. You are tasked by the agency to take down the evil organization CLAWS who seek world domination by any means necessary.

Behind the wheel of the Sceptre, you will drive through many different locales and must complete a series of objectives. Failure to do so will require you to restart the level. The car accelerates automatically through each level and you can control its steering to navigate turns and avoid obstacles. Enemy vehicles will attempt to stop you from completing your mission and will open fire on you or drop mines in your way.

The Sceptre is armed with a boost that you can use to smash into enemy vehicles or to drift around corners. As you do this, you can earn points for enemy takedowns and drifting. You can also get a combo going as you progressively smash into more cars, collect point tokens, perform stunts and drift but if you take more than three seconds to do any of these things, you will lose your combo meter.

Ramming enemies with your car isn’t the only way to take enemies down though. scattered throughout each level, you will find weapon icons that will grant you limited ammo for particular weapons like a machine gun, homing rockets and even an EMP weapon.

Each mission has a main objective and four sub objectives. The main objective is paramount to simply finish the level successfully. The sub missions are simply there to add more challenges to the gameplay and can be accomplished on multiple playthroughs. If you complete all five objectives, you will acquire a data card which essentially unlocks an item in the gallery. However, data cards are not the only unlockables in the game as you can get special modifiers that can change up gameplay like special filters, weapons, camera angles, and more.

Agent Intercept has 15 missions in the main campaign that are divided into three chapters. That isn’t the only lot of levels though as many more are hidden away in Side Missions. The main campaign is basically the Story Mode and the Side Missions are just offshoots that are not overly relevant to the main game but still a lot of fun to play.

For the majority of the game, you will drive as the car but there are areas in each mission where the terrain will change and Sceptre will transform into a Boat, ATV, or even a plane. The general controls remain the same but each vehicle transformation handles differently so you have to be ready to accommodate for that.

After beating a mission, you can replay it on three other game modes in Score Attack like Time Trial, Highscore Chase and Target Practice. Your best times and scores will be shared on a global leaderboard for each level so be sure to give it your all so you can lord it over other players.

If you are a fan of the original Spy Hunter games, then Agent Intercept should definitely be a game that is on your radar. It’s over-the-top action, reminiscent of James bond films complete with maniacal villains and spy car gadgets are a lot of fun and the soundtrack is very cool as well. Don’t let this game slip past you as it is certainly a game to add to your Switch library.